If US won't lead on trade, China will: Ex-US trade rep Now a distinguished fellow at the Council on Foreign Relations, a U.S. think tank, Froman recently spoke to The Nikkei about challenges the Trump administration's trade policies pose and Japan's role in creating an open, rules-based framework for trade.

You have warned that the TPP minus the U.S. will be the "biggest gift" to China. Ironically, as we saw at Davos in January, China is now acting as the vanguard of free trade. Could you elaborate? If the TPP does not move forward, it would create a void that China will be very willing to fill, and even our closest allies will feel the need to follow China. We see that playing out in real time, whether it's on the Regional Comprehensive Economic Partnership or other initiatives. That would be fine if China aspires to put forward high-standard, rules-based initiatives that strengthen the regional and global trading system. But we have not seen China step up in that regard.

If the U.S. does not play that kind of leadership role, then it will be incumbent on other countries to step up. Japan is well-positioned to do so. I saw the recent statement between Japanese Prime Minister Shinzo Abe and German Chancellor Angela Merkel about the importance of maintaining an open, rules-based trading system. In the absence of U.S. leadership, the burden will fall on others.

What are your thoughts on the Japan-EU economic partnership agreement or other multilateral frameworks without the U.S.? It is one of the examples that shows the rest of the world is not standing still. There is a lot of work being done to integrate around the world. If the U.S. remains near the sidelines, then our businesses -- from agriculture and manufacturing to the services industry -- will likely find themselves excluded from important markets, or competing under a set of rules that don't necessarily play to our interests and values. That's why it's ultimately important for a TPP-type regime to be put in place in whatever fashion it can be.

There are differences among TPP members on whether they should go ahead without the U.S. Some members are suggesting that China be included. Do you think the TPP can survive? The Trump administration has made clear their perspective on the TPP. I think it will be up to the other 11 members whether they want to proceed with the domestic approval process and put the TPP into effect. Of course, there are also at least 13 other economies that have expressed interest in joining the TPP. 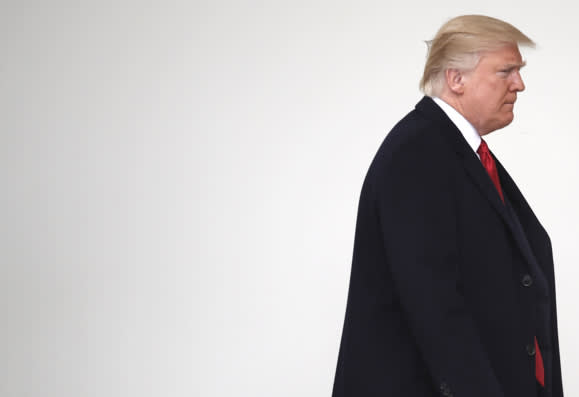 At the same time, as the U.S. government puts emphasis on renegotiating [the North American Free Trade Agreement] or doing bilateral agreements, it's possible that they will draw from some of the provisions that had been agreed to in the TPP to help inform these other efforts. In that regard, we will see the work of the TPP find its way into effect, although it may be in different forms.

The idea of the TPP was negotiated in a way for all countries to join at the same time by February 2018. If not all 12 countries were ready, then there were provisions for a subset of countries to move forward. As other countries continue to move [ahead] with their domestic processes, they will have to discuss among themselves whether they want to move ahead without the U.S.

Robert Lighthizer, Trump's nominee for U.S. Trade Representative, has said he regards Japan's agriculture market as the most important trade issue between the U.S. and Japan. How should Tokyo respond? The Trump administration has focused on Japan as one of the countries where the U.S. has a significant trade deficit. They will want to explore what can be done bilaterally to improve our trade balance. That can take various forms. That will be up to Japan and the U.S. representatives to determine.

The Trump administration has been critical of the TPP. I imagine that they will want to seek something that goes beyond that in a bilateral agreement. That may come in certain rules, for example, around currency or rules of origin, among others. I imagine it will be the subject of the high-level dialogue between Japan and the U.S.

It is important that there has been an agreement to have a high-level dialogue between Vice President Mike Pence and Deputy Prime Minister Taro Aso. It's now up to each side to determine both how the high-level dialogue will go and what work will be done under the auspices of that talk.

That is certainly not the case with the TPP. For example, Mexico agreed to [provisions on] labor, environment, state-owned enterprises, digital economy, enhanced intellectual properties -- among other measures -- which all went beyond NAFTA.

Mexico was willing to do that because it was part of a larger agreement and they were able to get access to Japan, Malaysia, Vietnam and other countries with which they did not have high-quality FTAs. If you "bilateralize" that discussion, you take some of the tools away. I think that would be a challenge.

Do you regret Trump's decision to withdraw from the TPP, something on which you obviously worked so hard? I am an eternal optimist. To be a trade negotiator, you have to be an optimist. That's why I remain hopeful that we will see the work done to define that high standard come into effect one way or another.