A modern take on 'baiju' is finding fans in its spiritual homeland, too CHICAGO Surrounded by ice sculptures rising high above snow-covered hills, Matt Trusch tried baijiu for the first time in Harbin, a city in northeast China known for its sub-zero temperatures, on his 21st birthday.

"We would just stay indoors and drink baijiu to stay warm," Trusch said. "I started having my taste for baijiu up there." 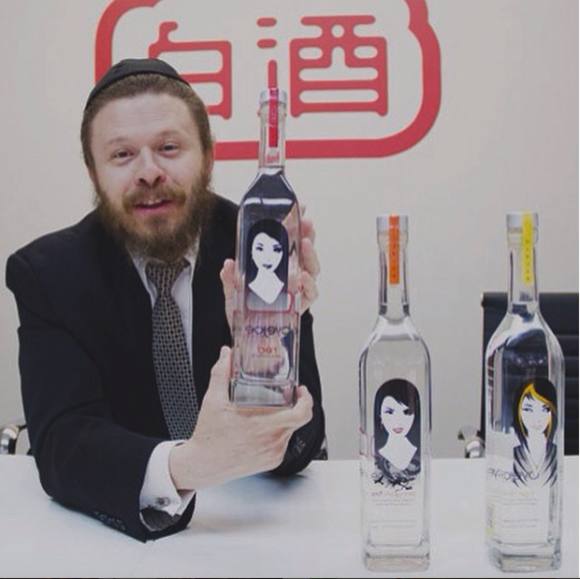 Returning later to his hometown of Houston, Texas, Trusch founded ByeJoe Spirits USA in 2011, becoming two years later the first U.S. producer of the traditional tipple, which in Chinese is literally "white liquor."

Baijiu is sometimes called "Chinese jet fuel" because of its alcohol content of 50%-65%. It is the most widely consumed spirit in the world, but represents less than 1% of liquor sold in the U.S., according to the U.S. Distilled Spirits Council.

Trusch sees that as an opening. Since its launch, sales of ByeJoe have grown 300% a year thanks to rising curiosity about foreign drinks. He declined to specify numbers but said the U.S. and China are almost tied as ByeJoe's top market.

In the U.S., ByeJoe primarily appeals to millennial women, especially in Miami and California. ByeJoe is also distributed in the U.K., Canada and Hong Kong.

Overall, ByeJoe generates about 70% of its sales directly from bars and restaurants. The spirit can now be found in the two bars at Walt Disney World in Florida, at the Peninsula Beverly Hills hotel in California and a few outlets of national restaurant chain P.F. Chang's China Bistro.

COMING HOME Trusch began to widen his focus from Western markets about a year ago when his product started to draw interest from middle-aged Chinese businessmen, curious to taste the U.S. spin on their national tipple.

The drink is now distributed in 10 Chinese cities. Trusch said that for Chinese, ByeJoe's U.S. production base can be an attraction. "There have been so many scandals in China, like lead in paint, melanin in milk and pesticides in baijiu, that some take a bottle of liquor off the shelf, see it is from China and may not buy it over underlying concerns about the purity of the spirit," he said.

Baijiu begins life as a grain called red sorghum, which is ground into powder, steamed and left to ferment for up to seven days, after which it is steamed and fermented again for a further 29 days. The resulting alcohol is distilled and aged in a porcelain jar for up to five years. Mixologist Norma Lindsay spent a year mixing and matching flavors at Terressentia distillery to create ByeJoe Red, which is infused with lychee and sorghum. (Courtesy of Terressentia)

To lower baijiu's alcohol content and broaden its appeal to Western drinkers, Trusch has the raw baijiu he buys from northern China processed by Terressentia, a distiller in South Carolina. There it undergoes a patented filtration process using ultrasound and oxidation that brings the alcohol content down to 40%, the standard level for rum and vodka. Trusch, who became an Orthodox Jew as an adult, persuaded Terressentia to go along with the process of having ByeJoe certified as kosher.

Terressentia spent a year preparing to process ByeJoe to get the flavor right before it started distilling the drink in 2013. The first formulation off the line, ByeJoe Red, is infused with lychee. The ByeJoe of today tastes like a mix of fruit and Sichuan peppers, though Trusch is working on new flavors, including lavender tea. In China, stronger versions infused with scorpion and snake are commonplace.

"Chinese pride themselves on the strange smells and taste of baijiu," Trusch said. "Those [varieties] are the ones they show off with."

Nonetheless, baijiu purists may not appreciate the difference in production. "I've had baijiu aficionados turn their nose up at it," said Jim Boyce, the Beijing-based founder of World Baijiu Day, held every Aug. 9. "It's far milder compared to the other brands in [our] tastings, and that's been pointed to as both good and bad."

"If baijiu is under 50% [alcohol], you can't really call it baijiu," said Qifan Li, owner of baijiu-focused New York bar Lumos. She stocks only traditional baijiu, although she would be open to offering something less alcoholic for the uninitiated. Li usually introduces baijiu to U.S. drinkers in cocktail form. If they like it, she then hands them Sichuan hot pepper-infused baijiu shots, the most popular drink in her establishment. If they can handle that, she then slides them the high-alcohol, traditional version. "I really think we could show people that if baijiu shots can be modern and fun, instead of just drinking the traditional Chinese way, then it will take off."

IT ALL STARTED WHEN ... Trusch's interest in Chinese culture began in elementary school, where Chinese classmates taught him basic Mandarin. He spent a summer during high school studying in Beijing. "It was like NYC on steroids," he said of the Chinese capital, "a really interesting place, kind and friendly, welcoming and curious. It was a fun time to be there."

He subsequently spent a semester during university studying in the northeastern city of Harbin. After surviving the harsh winter, Trusch earned a master's degree in East Asian studies from Harvard University.

With that, he traveled to Shanghai to work as a hedge fund manager then turned to property development and later diamond trading. After 15 years in Chinese banking and finance, he turned to the bottle. Trusch raised $4 million, including support from the investment team of former Houston Rockets basketball star Yao Ming.

"The larger goal, aim and hope is that our baijiu could be a global brand like tequila, that you could find anywhere around the world," Trusch said. "Baijiu has a place on pretty much any bar."