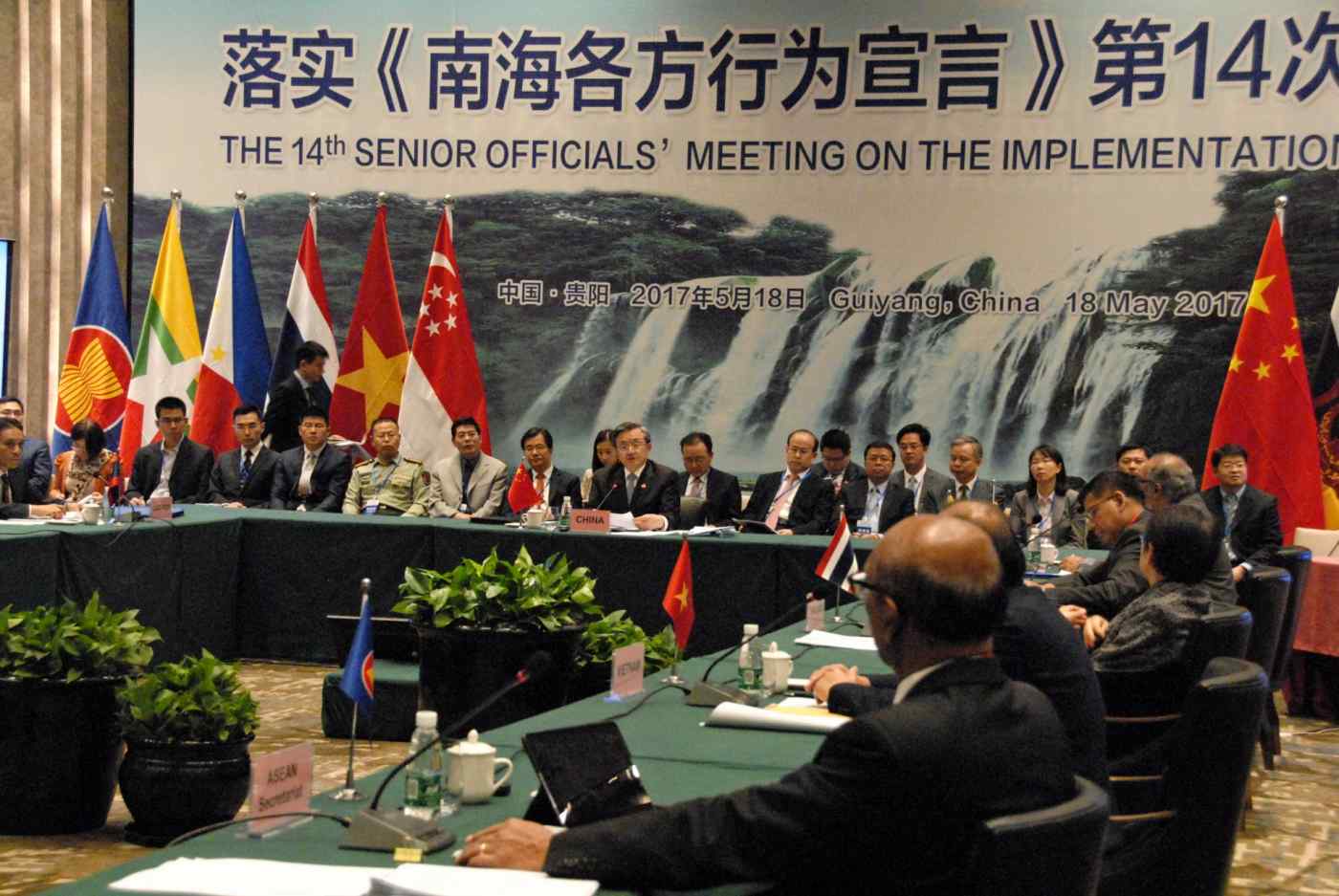 GUIYANG, China The Chinese government and members of the Association of Southeast Asian Nations agreed on a framework for a code of conduct in the South China Sea on May 18, an internal document obtained by The Nikkei shows. Details such as the start date and legal status, however, have yet to be decided.

ASEAN and China issued a declaration in 2002 on their commitment to prevent conflict in the area, but the document carries no legal weight and the bloc has been negotiating with Beijing for a binding code of conduct ever since.

The latest gathering was the 14th senior officials' meeting on the issue. The two sides had planned to finalize a framework sometime in midyear, but decided not to publish the new document at this time.

Chinese Vice Foreign Minister Liu Zhenmin declined to provide any details after the meeting. Whether or not the framework should be binding will be discussed at a later date, he said. Asked whether the new code could be adopted within the next five years, Liu responded that efforts will continue toward reaching an agreement quickly.

According to the document, the countries will create a framework based on a set of rules and urge maritime cooperation from related parties. This hints at a compromise, with ASEAN seeking a legally binding code and China opposing the idea. Other listed goals include securing freedom of navigation and flight, as well as creating the conditions for peaceful conflict resolution.

While the document outlines some basic principles all parties are expected to support, it skirts around more contentious issues. Beijing may simply be trying to signal that progress is being made, given its stance that disputes in the South China Sea should be addressed by the parties involved.

Negotiations on the code of conduct are expected to take some time. Beijing has been accused of stalling in the past and will most likely continue land reclamation activity in the area until a final agreement is reached.

The Philippines has conflicting maritime claims with China in the region, but the dispute has largely been sidelined as President Rodrigo Duterte looks to secure greater economic cooperation from Beijing.

Even the U.S., a supporter of many of the countries locked in maritime disputes with Beijing, is pulling away amid more pressing concerns over the North Korean nuclear and missile threat. It has not conducted any freedom-of-navigation operations in the South China Sea this year, making it all the more difficult for ASEAN to confront Beijing.