Abe takes a shine to China's Belt and Road plan 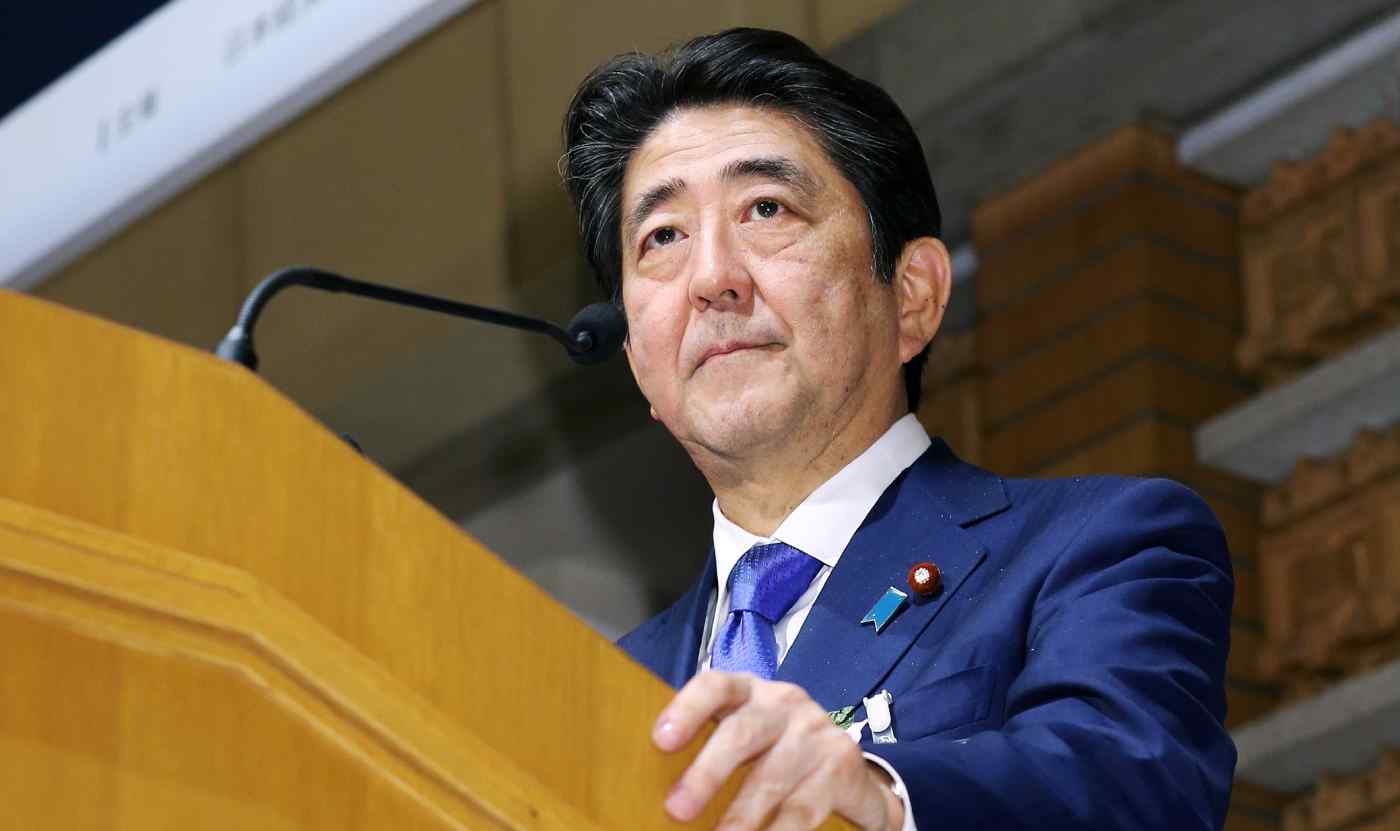 TOKYO Japanese Prime Minister Shinzo Abe said his government "is ready to extend cooperation" for China's ambitious Belt and Road Initiative under the right conditions, sending another signal that Tokyo wants to mend fences with Beijing ahead of a possible bilateral summit next month.

Speaking at a June 5 dinner reception during Nikkei Inc.'s International Conference on The Future of Asia, Abe said "it is critical for infrastructure to be open to use by all, and to be developed through procurement that is transparent and fair." Projects must also be economically viable and the debt sustainable, he said.

NEW DIRECTION Abe's conditional support for the undertaking comes at a time when Asia's security outlook is growing cloudier.

The Japanese leader said, "The One Belt, One Road initiative holds the potential to connect East and West as well as the diverse regions found in between."

This is a marked shift from Tokyo's previous policy of making demands about the initiative without offering any support in return -- a stance that led Chinese officials to believe that Abe's government was against the idea.

A Chinese official who heard Abe's address interpreted the prime minister's message as a "fundamentally positive" one and "welcomed" the change in attitude.

Abe's shift is linked to Tokyo's carefully laid diplomatic plans. Japan wants Abe and Xi to meet on the sidelines of the Group of 20 summit in July. It also hopes to revive regular summits between Japan, China and South Korea. The timing is significant: 2017 is the 45th anniversary of the normalization of the countries' diplomatic relations, and 2018 marks the 40th anniversary of their Treaty of Peace and Friendship.

Tokyo's newly cooperative stance on the Belt and Road Initiative should advance its efforts to improve ties with Beijing. Better relations could in turn bolster Northeast Asian security by giving Tokyo and its allies more leverage in their push to convince North Korea to stop developing nuclear weapons and ballistic missiles.

But even a United Nations resolution condemning Pyongyang's provocations is unlikely to prompt the country to change its ways. More likely to be effective is for China to get tough, mainly because North Korea relies on the country for the vast majority of its trade.

SHIFTING ALLIANCES When Barack Obama was president, Washington opposed the Belt and Road Initiative, seeing it as a challenge to the U.S.-led Trans-Pacific Partnership trade pact. Abe, meanwhile, aligned Japan with the U.S. stance. But there is now concern that President Donald Trump -- having withdrawn from the TPP -- could ignore long-held principles of Asian security and engage in risky horse-trading with China in the name of putting "America first." Tokyo may see better ties with Beijing as an insurance policy against getting lost in the shuffle.

Abe's shift makes it easier for China to come to the table as well. Xi and his cohort are eager to tighten their political grip by ensuring their allies get key leadership positions at the Communist Party's twice-a-decade National Congress this fall, where the president will begin his second term as the party's general secretary. Xi wants to avoid wasting energy handling friction with the likes of Japan and the U.S. before then.

The Chinese leader also views the strong relationship Trump and Abe have developed as something of a threat. Getting closer to Japan and disrupting any tightening of the U.S.-Japan alliance against China could lessen that threat.

Still, establishing warmer ties between China and Japan is easier said than done. Though Abe has said Japan is ready to cooperate on the Belt and Road Initiative, his government has not laid out any specific measures for doing so, such as joining the China-led Asian Infrastructure Investment Bank. At the same time, Tokyo can hardly overlook Chinese provocations in the vicinity of the Japan-administered Senkaku Islands. Beijing's territorial claims and island-building activity in the South China Sea are also unacceptable to Tokyo.

Meanwhile, China has not taken steps to rein in North Korea. If Pyongyang's nuclear and missile tests continue, existing conflicts in Asia could deepen, pitting Japan and the U.S. against China, North Korea and even Russia, should Moscow choose to take sides.