If companies don't put their money to work, investors will continue to shy away 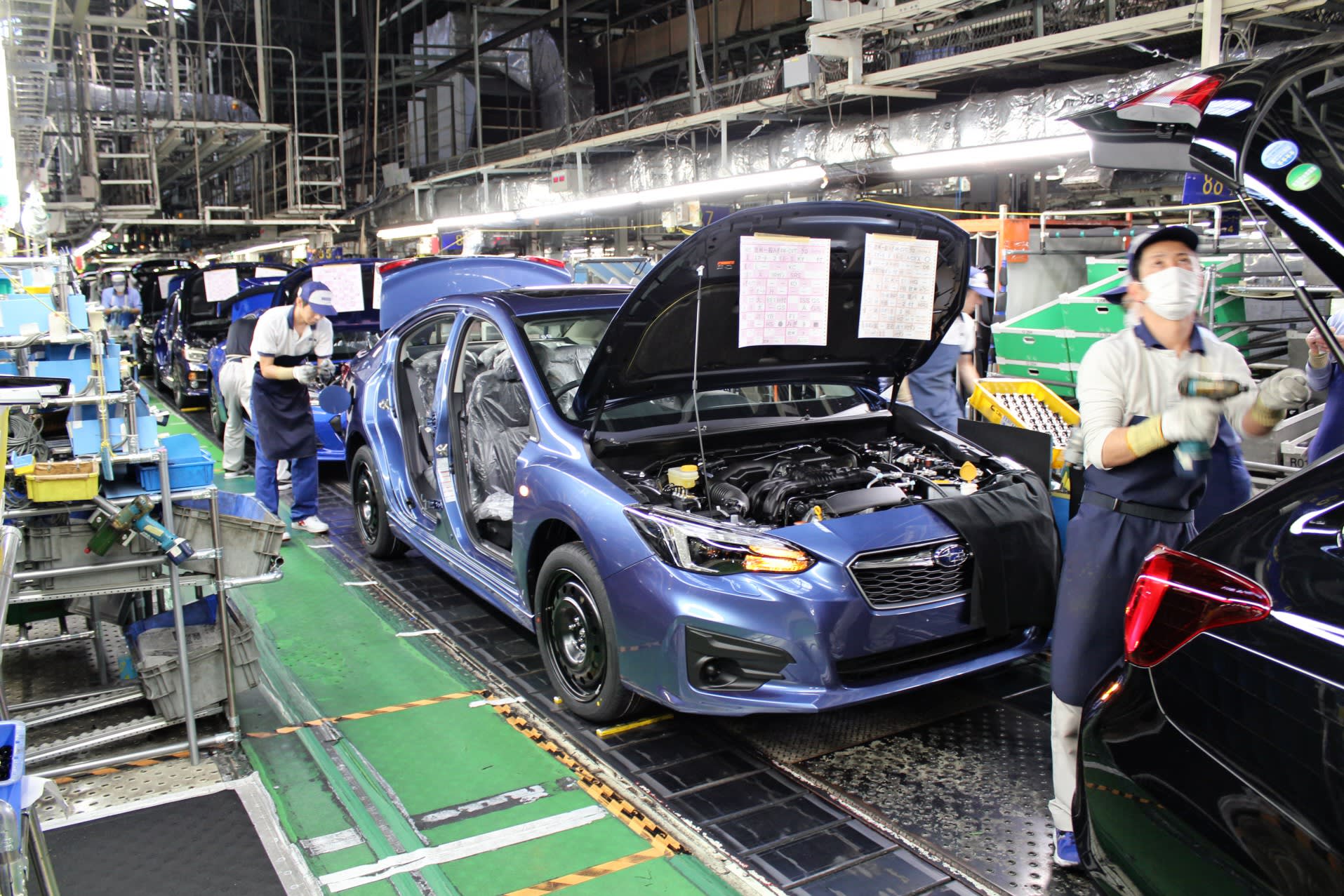 A Subaru plant in Japan's Gunma Prefecture: The carmaker wants to maintain a capital ratio of about 50% and lower its ROE to around 16%.
TAKAYUKI KIKUCHI, Nikkei staff writerJuly 6, 2017 10:00 JST | Japan
CopyCopied

TOKYO Japanese companies have never been in better financial shape. Their sky-high ratio of capital to assets testifies to that fact, with the average figure topping 40% for the first time last fiscal year. There's a catch, however: They are inveterate hoarders, which critics say points to a corporate governance problem.

Saving money itself is not a bad thing, of course. Diligently socking away profits helped Japan Inc. absorb the collapse of the economic bubble at end of the 1980s and the global financial crisis that erupted in 2008. But companies have done a poor job of putting that money back into the economy by funneling it into investment or returning it to shareholders.

DIZZY HEIGHTS After the collapse of Lehman Brothers sent the global economy reeling some nine years ago, Mazda Motor booked a net loss of over 70 billion yen ($623 million at current rates), with its capital ratio tumbling to the lower 20% range. But the crisis stirred the automaker into action. Determined to get its earnings back on track, Mazda began developing its Skyactiv environmental technologies and initiating innovative design projects. The moves have paid off, with the company logging record global unit sales in fiscal 2016. Its capital ratio, meanwhile, has surged to 41%.

Major chemical maker Tosoh also resuscitated its finances after the crisis, which sent the company's capital ratio plunging to 20%. But it paid off its debt with money saved by forgoing investment, sending its capital ratio past 50% at the end of last fiscal year. "We would like to further strengthen our financial foundation," said Tosoh President Toshinori Yamamoto.

Statistics collected by The Nikkei show that the average capital ratio for listed Japanese businesses, excluding financial companies, for 2016 rose 0.8 percentage point on the year to 40.4%. That is the highest since fiscal 1982, the first year for which data is available, and far higher than the 32% for the top 500 U.S. companies.

Investors are not applauding, however. Although the Nikkei Stock Average has improved to around 20,000, that is still well below the all-time high of 38,915 recorded in 1989. By contrast, markets in the U.S. and many Asian economies have been hitting new highs.

The lukewarm performance of Japanese shares is easily explained: Companies are doing a poor job of using the cash they receive from shareholders to generate profits. A look at their return on equity -- an indicator of how efficiently a company uses its capital to generate profits -- illustrates this. Average Japanese ROE, calculated by dividing net income by shareholders' equity, rose for the first time in three years in fiscal 2016, but it was still a relatively low 8.7%.

Of Nikkei's Asia300 selection of major listed companies in Asia excluding Japan, 272 businesses for which relevant data was available had an average ROE of 10.8% in fiscal 2016. Though the figure was down 1.1 points from 2015, it was significantly higher than the Japanese average.

The ratio for major Western companies also exceeds 10%. Given how much lower Japanese companies' capital efficiency is compared with their global counterparts, it is hardly surprising that investors are not flocking to their shares.

Part of the reason U.S. companies are enjoying higher stock prices is because their executives are careful not to let equity capital increase too much. The amount they spend on shareholder dividends and share buybacks exceeds 100% of earned profits. The higher shareholder returns, in turn, help boost stock prices. Japanese companies, in contrast, returned just 48% of their profits to shareholders in dividends and share buybacks in fiscal 2016. The remaining profits were held as internal reserves, which is why their cash and deposits totaled a record 112 trillion yen. An impressive figure, but it is money that could be used to help the companies grow.

All this hoarding has institutional investors taking a tough approach toward Japanese companies. Institutional Shareholder Services, a U.S. proxy advisory, recommends that investors vote against proposed executive appointments at companies where the ROE has averaged less than 5% for the past five years, unless the figure was 5% or higher in the previous fiscal year.

FINDING BALANCE This raises the question: What is the sweet spot for equity ratios? If Japanese companies lowered their capital ratios to 34%, their ROE would reach world-standard double digits even if their net profit and asset levels did not change. As such, the current 40% level is too high for capital efficiency at Japanese companies to be considered satisfactory.

The Bank of Japan would seem to agree. The central bank has concluded that Japanese companies have shed the excessive debt that buried them after the economic bubble collapsed in the 1990s, and instead have held too little debt since fiscal 2014. Their capital ratios would shrink if they expanded investment by increasing debt -- much less costly now because of negative interest rate policies -- or returned excess capital to shareholders by increasing dividends or other means.

Some companies are indeed trying to strike a better balance between financial stability and efficiency.

As one Subaru executive noted, "Financial soundness and capital efficiency work against each other. The question is how to balance them for the best performance."

The carmaker's capital ratio exceeds 50%, while its ROE is 20%. Though the company recognizes that it needs to invest in developing electric and self-driving cars, it has set a target -- with input from investors -- of maintaining a capital ratio of about 50% and lowering ROE to around 16%.

Michitaka Sawada, president of consumer goods maker Kao, said, "We are aiming for an ROE of at least 20% in the medium to long term." The company also intends to keep dividends higher while maintaining a capital ratio of over 50%.

"Global companies are raising their profitability by quickly changing how they are organized," said Takatoshi Yamamoto, a former industry analyst who serves as an outside director at Hitachi. "To compete on the international stage, Japanese companies need to gear up for the next phase of growth."