As a city, Yangon is still searching for its mojo 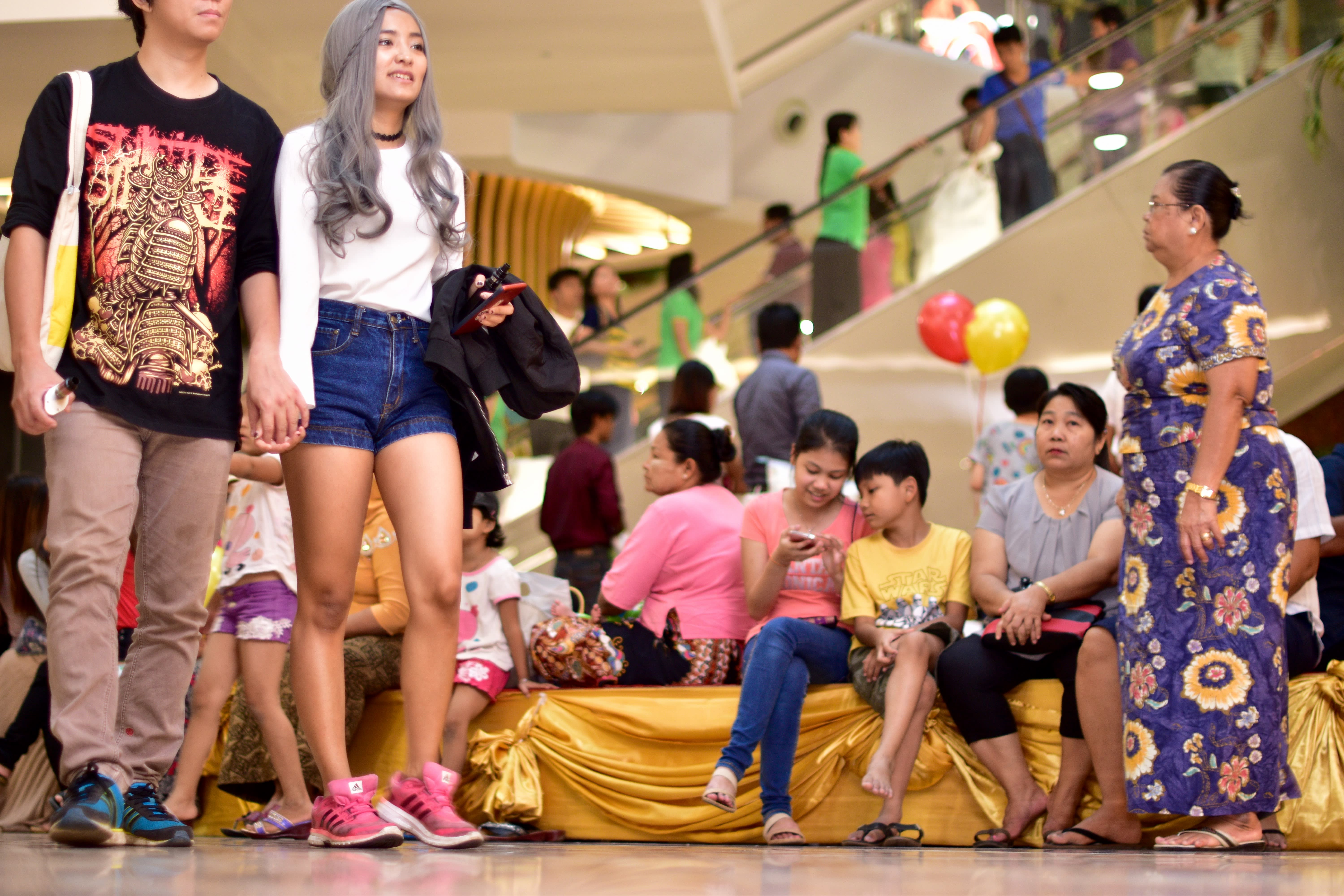 At the end of a muddy lane traversed by motorbikes and the occasional duck, Naing Linn Htun lives in a two-room wooden shack with his wife, daughter and the tools of his trade -- dozens of 6-volt battery packs and smartphone charging stations.

The lane, called "Kiss Me Street" after a local flower, runs through a slum in Hlaing Tharyar, one of the most densely populated townships of Yangon, Myanmar's biggest city.

Naing Linn Htun's customers work in the township but live off the grid. They rent the batteries and attach small fluorescent bulbs to them to see inside at night, returning the packs in the morning. Smartphones and phone batteries are left to recharge. He has about 100 regulars, and the daily fee for each service comes to less than 15 cents.

"Most of the users are factory workers," the easygoing 35-year-old said on a recent afternoon as rain pelted the metal roof. Around him, wires snaked from electronic devices and outlets.

After nearly five decades of neglect under military rule, Myanmar is rushing headlong into the future, with Yangon at the front of the pack. Internet connections have expanded. Name-brand companies have set up shop. Colonial buildings are being turned into fancy bars and restored homes. There is Pizza Hut, craft beer, and Uber.

But as Naing Linn Htun's business shows, the pace is uneven. Migrant workers from the countryside have smartphones, but nowhere to plug them in. You can order oven-baked pizza on a food delivery app amid an all-night power outage. There are ATMs everywhere. Whether they work is another question.

NATIONWIDE SKEPTICISM The questionable progress in Yangon mirrors nationwide skepticism. The reforms passed under the military-backed government from 2011 to 2015 were undeniably positive. Political prisoners were freed and official censorship was virtually abolished. But in the same period, Buddhist nationalism flourished.

The world celebrated when Aung San Suu Kyi won elections in November 2015. But 15 months into her term as Myanmar's de facto leader, her image as a champion of human rights has been questioned as she repeatedly fails to speak up for persecuted minorities.

According to the 2014 national census, there are 7.3 million people in Yangon Region, 70% of whom are classified as urban. When asked to list what material families used for their roof, 76% answered "corrugated sheet." Meanwhile, 61% said they had cellphones.

Yangon has long been a place of dashed expectations.

When the Burmese leader Alaungpaya conquered the settlement in 1755, the name he gave it, Yangon -- Rangoon in the British spelling -- was meant to commemorate the successful campaign. Translated variously as "end of the enemy," "end of strife," or, as I like to call it, "no more problems," the name proved wishful thinking.

It was not the end of strife. Only a few years later, as he besieged yet another settlement, Alaungpaya was killed in an odd case of friendly fire. A loaded cannon burst beside the king as he watched the assault. He had been on the throne for eight years.

Momentous change became part of the territory. The British took the city in 1824. The Japanese occupied it in the early 1940s. In 1948, the flag of independence rose in the heart of downtown.

In 1962, Gen. Ne Win launched his coup, arresting civilian leaders and raiding their homes. In 2007, monks took their turn in opposing the junta in what became known as the Saffron Revolution.

The future is uncertain, as it always has been here.

Ninety years ago, poet Pablo Neruda worked in the Chilean consulate in downtown Rangoon. His year-long tenure was, in its way, eventful. He fell in love. He saw the wickedness of colonialism. He explored the sights and sounds of the city. Neruda later said he loved the "Burmese street," but he also once described his life there as a "terrible exile" and "hell."

Which version to believe? Maybe both are true. Yangon more than most urban centers is a city of advances and setbacks, of hope and frustration, of battery packs and power outages, of love and exile.

Joe Freeman is a Yangon-based writer.