The future is vaporous for Philip Morris in Asia

CEO Andre Calantzopoulos looks to a future beyond conventional cigarettes

SEOUL The growing popularity of e-cigarettes in Japan and South Korea has Philip Morris International, the world's most valuable cigarette company, considering a future in which cigarettes are stubbed out completely in the two countries within five years.

The time frame is based on projections of when users of smoke-free devices may overtake traditional smokers in those two countries. "If you extrapolate the figures, then logically, we could reach the tipping point in five years," Andre Calantzopoulos, Philip Morris' chief executive, told the Nikkei Asian Review in a recent interview in Seoul. "That is when we could start talking to governments about phasing out combustible cigarettes entirely."

Calantzopoulos, who took the top job in 2013, has staked his company's future on new devices that it claims can reduce toxicity by as much as 90%. These include the IQOS device, which heats, rather than burns, tobacco packed into what resemble mini cigarettes.

Asia is extremely important to the U.S.-based company as it implements its strategy of phasing out conventional cigarettes, Calantzopoulos said. The region is home to 60% of the world's 1 billion-odd smokers, and Japan was the first and is still the most successful market for IQOS. Consumer takeup in South Korea, where sales began on a limited basis in late May, has also been encouraging. "Korea has benefited from the product awareness generated by Japan, so it has been a faster start than Japan and I hope it will continue that way," Calantzopoulos said. "They are [both] countries which are open to innovation and trying new products, and have a culture of considering people around them," he said, touching on the problem of secondhand smoke.

The key outlet for IQOS in South Korea has been the CU convenience store chain. Calantzopoulos said the company is struggling to keep the stores stocked with enough of the special mini cigarettes used in IQOS, which are sold under the Heets brand name in South Korea and as HeatSticks in Japan. "Demand keeps running ahead of supply, but it is a good problem to have," he said.

Aside from Japan, where IQOS had established a 10% share of country's tobacco market as of April, the device is also sold nationwide in Germany, Italy and Switzerland. It is sold in some cities in 21 other countries, mostly in Europe. IQOS was launched in New Zealand in December and in Kazakhstan in January, and the company aims to enter at least five more countries by year-end. 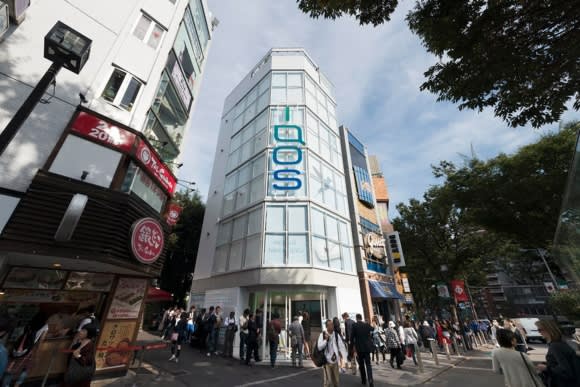 Although the dominant incumbents in Japan and South Korea -- Japan Tobacco and KT&G respectively -- are bringing out their own smoke-free tobacco devices, Calantzopoulos is confident his company will keep its lead.

"They have no option but to follow us, otherwise they will become obsolete," he said. "[But] it takes years to develop the product and complete the clinical trials. We have been preparing for this new world since 2004 to 2005."

REGULATORY RISKS Interest in tobacco alternatives has risen in South Korea since a 120% tax increase was imposed only on cigarettes in 2015. This tax advantage in IQOS' favor may be in jeopardy. A South Korean opposition lawmaker recently proposed eliminating the tax gap, but Calantzopoulos argues smoke-free products should be taxed in line with their reduced risk profile, since they lower national health spending. Indeed, he foresees governments using tax incentives to nudge smokers toward smoke-free products.

In the meantime, Philip Morris is facing resistance in a number of Asian markets, including Singapore and Thailand, which are banning sales of smoke-free devices. Calantzopoulos said it was "illogical" to allow conventional cigarettes while banning potentially less harmful alternatives.

In March, the New Zealand government said it planned to amend a law that has been interpreted to bar electronic cigarettes. The Health Ministry, however, in May charged Philip Morris with breaking existing law with Heets. The company is contesting the ministry's interpretation of the law while continuing sales.

"There's an ideological element to all this," said Calantzopoulos, a former smoker now frequently seen with an IQOS in hand. "The existing conceptual framework views tobacco as a problem. But it is combusting tobacco, not tobacco itself, which causes the problem."

Company officials hint there is more to come with IQOS, and note the latest models include Bluetooth wireless communications capability, as yet untapped. "In time, there are many ways to develop our platform, some of which can provide a lot more electronic services than simply heating tobacco," Calantzopoulos said.

"We are becoming a technology- and science-driven company," he said. "We are moving out from our previously narrow product range. After all, there is very little you can do with a pure cigarette company."