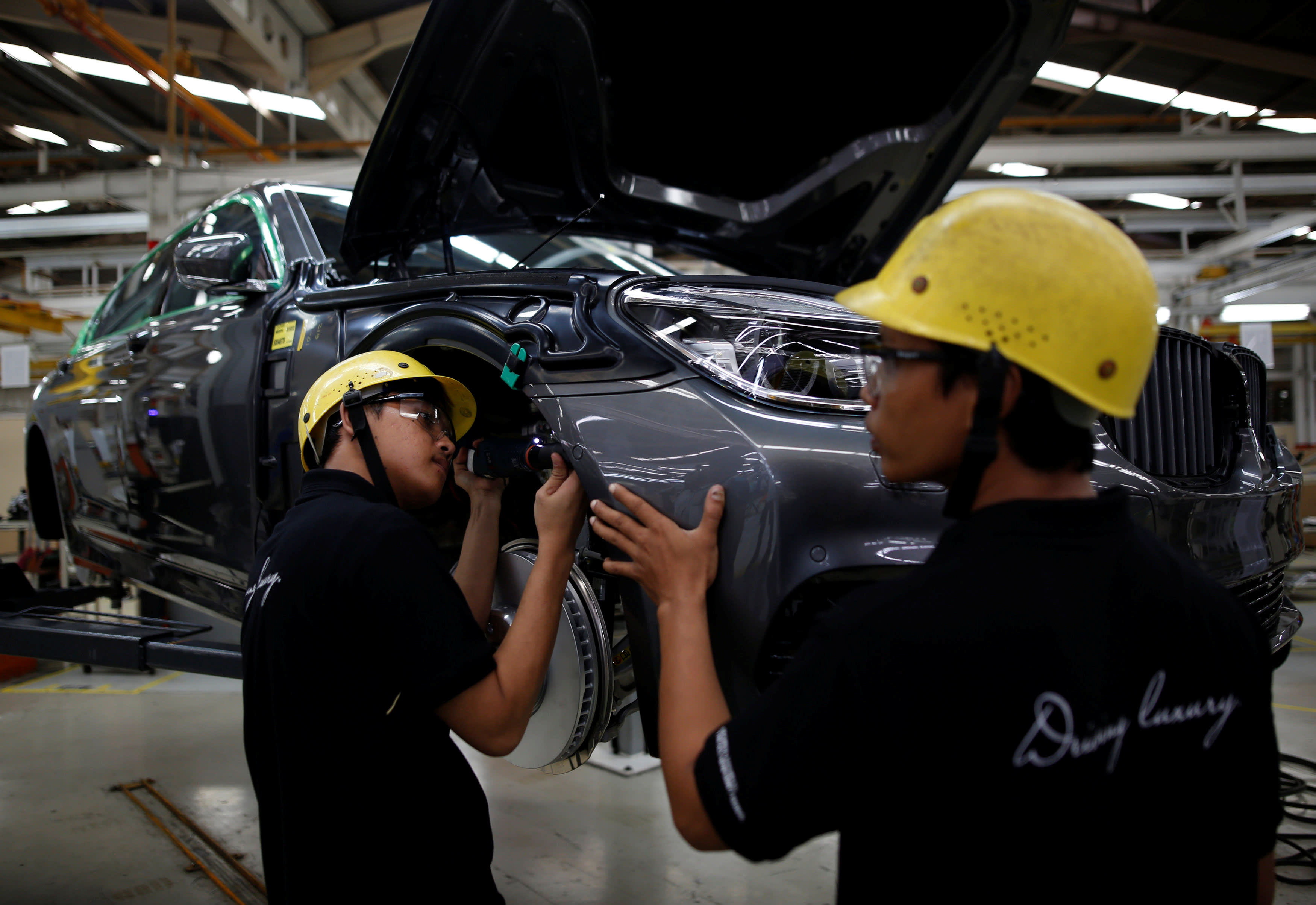 Indonesia was one of the Southeast Asian countries to see an uptick in its August PMI.   © Reuters
JOYCE HO, Nikkei staff writerSeptember 14, 2017 10:00 JST | South Korea
CopyCopied

HONG KONG Buoyed by a continuing recovery in global trade, Asian manufacturing improved in August, with eight of the 12 economies surveyed by the Nikkei showing a pickup and just four in contractionary territory. Economists, however, generally believe it will take time before gains in the industrial sector translate into a broad-based uptick in inflation. The Nikkei ASEAN Manufacturing Purchasing Managers' Index -- which tracks activity in the Philippines, Myanmar, Vietnam, Indonesia, Thailand, Malaysia and Singapore -- rebounded to 50.4 in August from 49.3 in the previous month. A measure above 50 signals expansion, while anything below signals contraction.

The upturn was largely supported by stronger order books and output, which began expanding again last month. Vietnam, whose export demand expanded for the 21st straight month, led the pack with a reading of 51.8 for August. Malaysia also registered a rare expansion as healthy foreign demand more than offset shrinking domestic demand. Indonesia likewise snapped its contractionary streak, which began in June, as overseas demand turned robust. The country's sub-reading on new export orders stood at 53.4 in August, versus 49.4 in July.

But economists are skeptical that the region's inflation will pick up anytime soon given that the labor market has yet to tighten. "Improving demand may not boost employment in the short term as the sector still struggles with ongoing spare capacity," said Bernard Aw, principal economist at IHS Markit, which compiled the survey.

The backlog of work among Southeast Asian producers remained on a persistent downtrend that began in July 2014. "Firms will maintain a cautious approach to staff hiring," said Aw, noting that business confidence last month was still below the historical average despite improving from July.

"We think the export-led recovery should broaden and support consumer spending, but the transmission may be slower and weaker than in the past," said Chua Hak Bin, senior economist at Maybank Kim Eng. Chua said the current manufacturing recovery, led by electronics, "has momentum and legs" and will last through early 2018, and that investment recovery in both the U.S. and China is supporting global trade volumes. But he thinks a recovery in ASEAN's consumer demand may be weaker than in previous cycles for such reasons as: high household debt in Thailand and Malaysia; weak job and wage growth in Thailand, Singapore, Indonesia and Philippines; lower subsidies in Indonesia, Thailand and Malaysia; an uneven and volatile recovery in commodity prices; and rising precautionary savings in Indonesia.

NEIGHBOR TROUBLE Outside of the bloc, Taiwan and Japan recorded vigorous industrial activity, striking a stark contrast with another manufacturing powerhouse -- South Korea. Plagued by escalating threats from its northern neighbor, the country has seen its manufacturing sector deteriorate almost continuously since last August, apart from a brief respite in June.

Geopolitical risks weighed on the South Korean won, saddling producers with higher raw material costs. The input prices reading spiked to 56.8 in August from 49.2 a month earlier, without a commensurate increase in output prices, suggesting producers could not pass the burden on to consumers.

Paul Smith, director at IHS Markit, pointed out that "modest sales growth" in the country was met through inventory on hand in warehouses. "Further new order wins plus a turn in the inventory cycle is clearly required for true recovery in the sector to take hold," Smith said.