Ex-PM's verdict is a political game-changer for Thailand 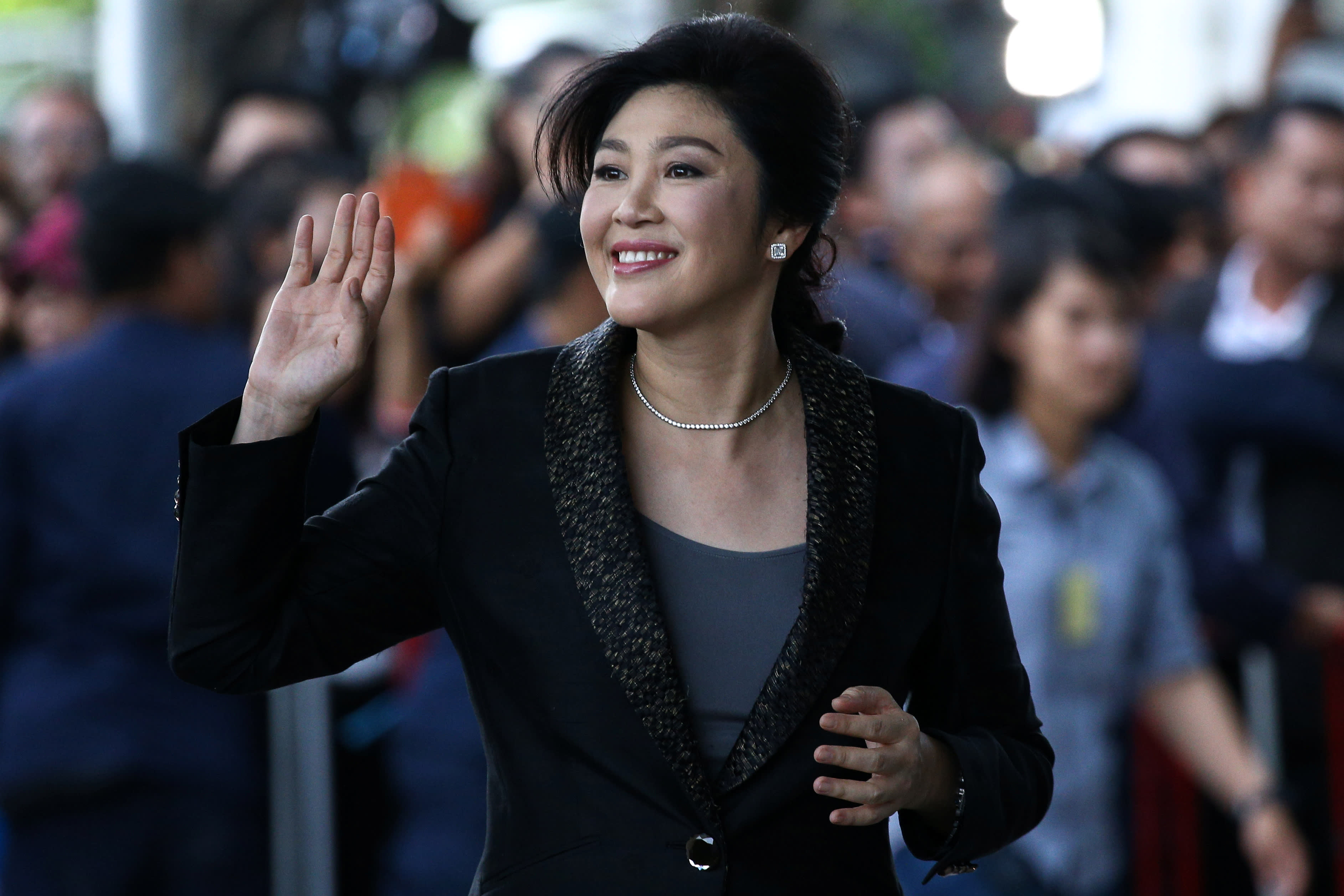 On Sept. 27, the nine-member bench sentenced Yingluck, who fled Thailand in late August, to five years in jail for criminal negligence. The verdict makes her the highest-ranking elected official to be convicted over a failure of government policy.

The case, which was heard over 18 months, had political overtones from the beginning. Prime Minister Prayuth Chan-ocha, leader of the ruling junta, invoked Section 44 of Thailand's post-coup constitution -- commonly referred to as the "dictator's law" for the absolute powers it bestows -- to grant immunity to government officials who testified in the trial. The verdict is a shot in the arm for Prayuth, who as army chief staged the May 2014 coup that overthrew Yingluck's elected administration. He justified the coup by saying Yingluck's government was corrupt.

The unanimous ruling comes on the heels of far harsher sentences handed down by the same judges. On Aug. 25, they found Boonsong Teriyapirom, former commerce minister under Yingluck, guilty of corruption and sentenced him to 42 years in prison. Poom Sarapol, former deputy commerce minister, received a 36-year sentence for the same charge.

The Yingluck government implemented a lavish rice subsidy program for local farmers to boost the rural economy. The program, which ended up costing the state 500 billion baht ($15 billion), left the government with vast stockpiles of the grain that it struggled to sell. The two court cases focused on attempts to sell this rice to foreign governments. "The accused knew that the government-to-government rice contract was unlawful but did not prevent it," the verdict against Yingluck stated, referring to rice sales that were falsely presented as being to Chinese buyers.

But the court did not fault Yingluck for other missteps in implementing the policy, on which her Pheu Thai Party campaigned during the 2011 general election to woo rice farmers, Thailand's largest constituency. This effectively gives the military regime a green light to lavish rice farmers with its own version of subsidies. In early September, days after Boonsong's verdict was handed down, the junta unveiled plans for $2.2 billion in loans and handouts to stabilize rice prices. Last year, the regime offered over 50 billion baht to help farmers harvest the monsoon crop.

The verdict also helps the junta boost its credentials among its backers, many based in Bangkok, who had been calling for Yingluck's scalp. Her decision to flee Thailand on the eve of the Aug. 25 court hearing -- she had attended all previous court dates -- is also welcome news for her critics. They have begun to paint her with the same brush as her elder brother, former Prime Minister Thaksin Shinawatra, whose elected government was deposed in a 2006 coup. Thaksin fled the country ahead of a verdict on a conflict-of-interest charge.

The junta's allies are, unsurprisingly, hailing the Supreme Court's decision as a benchmark for clean government. "The verdict is a turning point in Thai politics. It will change the political landscape to ensure more accountability among policymakers," Panitan Wattanayagorn, an advisor to Deputy Prime Minister Prawit Wongsuwan, told the Nikkei Asian Review. "This is new for Thailand, since cases of negligence can go as far up as the prime minister."

But the Yingluck judgment may leave a worrying legacy. Analysts warn that the verdict could sow the seeds of political uncertainty for future elected governments, now that the courts have taken the unprecedented step of criminalizing public policy failures. Any future prime minister, they say, will have to govern Thailand from within a narrow framework determined by the Supreme Court. One seasoned observer warned of "detrimental consequences" if elected leaders become overly cautious about implementing public policies.

Inconsistency in how Thailand's higher courts dispense justice -- a criticism that has grown louder in the politically troubled years since the 2006 coup -- could make matters even worse. "If the same standards [of justice] will not be applied to all future governments, it could easily have eroding effects on the system's legitimacy," said Henning Glaser, a German constitutional scholar at Thammasat University's law faculty, in Bangkok. "If [the law] is applied indiscriminately, it might put political leaders in office in virtual handcuffs."

OVEREMPHASIS The junta may also face troubles of its own making. Justifying its continued grip on power by claiming the regime's hands are completely clean has raised the political stakes over corruption. Critics have, for example, begun to question military procurement, which is often carried out behind closed doors, while generals have faced questions over corruption linked to a memorial park built by the regime to celebrate the Thai monarchy.

The 2017 global report by Transparency International, an international anti-graft watchdog, showed that corruption has remained rife since the latest coup. In a ranking of 175 countries surveyed the previous year, Thailand was the 101st-least corrupt, plummeting from 76th in 2015. In 2013, under the Yingluck government, the country came 102nd in the corruption ranking, its worst ranking ever.

The Yingluck verdict may only harden the views of Thailand's political camps -- the largely urban-based, well-heeled allies of the ultraconservative elites, which includes the military, and the more rural-based, pro-election grassroots movement, a stronghold of Yingluck's Pheu Thai Party. "Pheu Thai believes that they are the victims of the current regime and measures are being taken to stop them from returning to the political arena," said Gothom Arya, adviser to the Institute of Human Rights and Peace Studies at Mahidol University, north of Bangkok. "The Yingluck case is one of many [such measures] she and her party are now faced with."

Partisan divisions pose a headache for the junta, which is now scrambling to push through political reconciliation in the wake of a sensitive royal succession.

Diplomatic sources say the regime is under pressure to ensure peace and order as the country prepares for two events: the cremation in late October of former King Bhumibol Adulyadej and the still-unscheduled coronation of his successor, King Maha Vajiralongkorn.

These sources expect the public to adhere to royal protocol during these events. But after that?

"The verdict may have shot reconciliation in the foot," remarked one diplomat. "It may frame the political mood after the royal events."