But an inconclusive election outcome could dent the fledgling sector 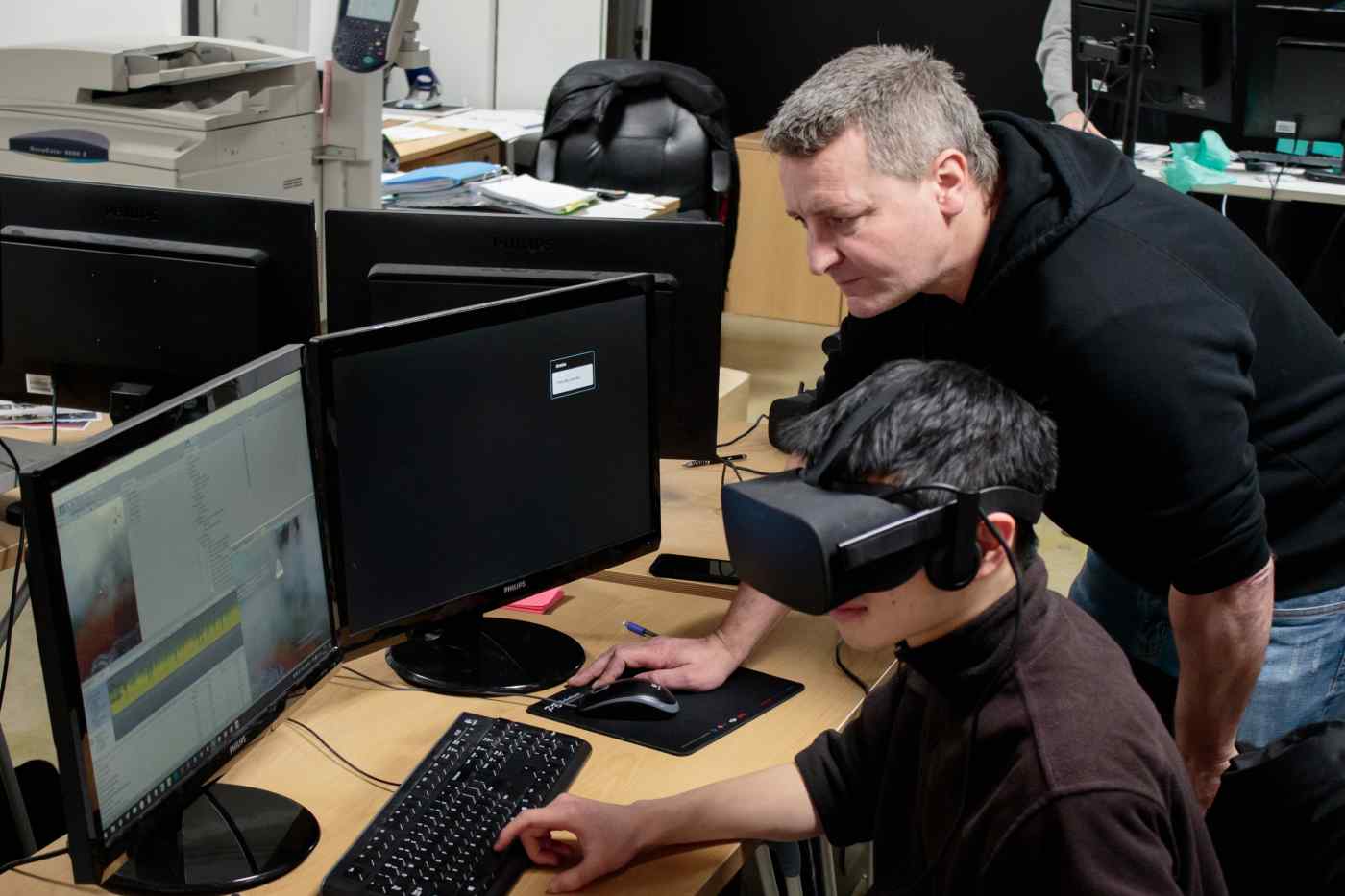 A few New Zealand companies are well-known in the international technology marketplace, including Weta Digital in movie special effects, Xero in small-business accounting software and most recently Rocket Lab, an aerospace company, after a maiden launch into space in May.

The technology sector generated exports valued at 6.3 billion New Zealand dollars ($4.55 billion), or 9% of the total value of exports in 2015, according to an NZTech report, "From Tech Sector to Digital Nation," making the sector the third largest after tourism and dairy products.

IMMIGRATION ISSUE An inconclusive general election on Sept. 23, however, could have an impact on the tech sector if it leads to tighter controls on immigration.

Neither the outgoing National Party, which won the most parliamentary seats, nor the opposition Labour Party can form a government without the support of the populist New Zealand First party, which is demanding cuts in immigration. The two big parties had both previously backed targeted measures to attract skilled technology workers, alongside tighter controls on lower-skilled immigrants.

According to a Tufts University report covering 60 countries, New Zealand stands out, along with the United Arab Emirates and Singapore, for being digitally advanced and exhibiting high momentum. The three countries are leaders in driving innovation and building on existing advantages, Tufts' "Digital Planet 2017" report said.

New Zealand is also collaborating with the U.K., Estonia, Israel and South Korea to develop advanced digital societies through the so-called Digital 5 group, and startup incubators have sprouted in New Zealand cities as the country draws in entrepreneurs.

Silicon Valley entrepreneurs Brian and Matthew Monahan, whose company Inflection sold the Archives.com family history website to Ancestry.com for $100 million in 2012, have established a base near Wellington, and are running a government-supported scheme, the Edmund Hillary Fellowship program, to attract digital entrepreneurs to New Zealand.

SMALL BUT DYNAMIC Yoseph Ayele, who heads the program, worked with Inflection in Silicon Valley but is now New Zealand-based. He said New Zealand is attractive to digital entrepreneurs because its small size makes it easier to make connections and achieve goals, while the fellowship program will provide access to a network of collaborators and investors.

"You can move fast in a place like New Zealand. It has a stable environment where there is the rule of law and there is a lot of infrastructure. The lifestyle, the well-being, the strong values here make it ideal for the top talent to be basing themselves here," he said.

Wellington, a city of around 500,000 people, likes to describe itself as the South Pacific's technology and innovation capital. In an attempt to fill a skills shortage earlier this year, local and central government bodies offered 100 free trips from anywhere in the world for skilled technology workers to visit the city and meet prospective employers. A total of 48,000 people applied, and by late August nearly half of the successful candidates had jobs or were talking to employers.

Wellington is home to some of New Zealand's most successful digital companies. As well as Weta Digital and Xero, New Zealand's online trading platform Trade Me -- the local equivalent of eBay -- and Datacom, the country's largest IT services company, are based in Wellington.

A decade after being listed on the New Zealand Stock Exchange, Xero has 1 million customers worldwide and ties to 500 companies providing apps that work with the Xero software. The company saw operating revenue rise 43% in the year to March to NZ$295 million, while its staff numbers rose 20% to just over 1,700. 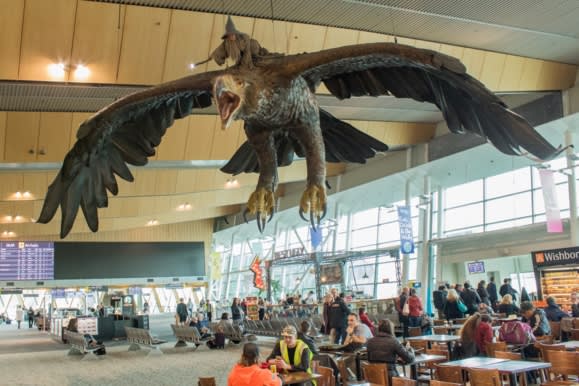 "The Lord of the Rings" movies, commemorated in this sculpture in Wellington's airport, helped jump-start digital innovation in the city. (Photo by David Brooks)

Weta Digital made its name providing special effects for movies such as "The Lord of the Rings," "The Hobbit," "Avatar" and the latest version of "Planet of the Apes." Staff have moved on to create a new generation of startups, especially in the fast-growing areas of virtual and augmented reality and artificial intelligence.

"CREATIVE CAPITAL" Even Sir Peter Jackson, the internationally successful New Zealand-born director of "The Lord of the Rings" trilogy, has been caught up in the excitement over augmented reality. He has been working with Florida-based augmented reality hardware company Magic Leap, and has set up an augmented reality production company, Wingnut AR, in Wellington.

Other Wellington companies and startups are working on virtual and augmented reality as Apple and Google prepare to incorporate augmented reality into their mobile phone operating systems in coming months. Among them is 8i, whose co-founders include a former Weta employee. The company has raised $41 million and developed human holograms that can be incorporated into videos or photos and viewed through headsets or mobile devices.

Mixt, another Wellington startup, includes former Weta Digital animation technical director Taylor Carrasco among its founders, and is developing augmented reality for marketing, games and other applications, including a museum with 3-D virtual exhibits.

Mixt works out of a Wellington virtual and augmented reality hub called ProjectR, which brings together startups and budding entrepreneurs, linking them to mentors and a local university. ProjectR Director Jessica Manins said the skills brought together by Wellington's movie industry give it an edge in both technologies.

"What sets Wellington apart is the creative capital that started with Weta Digital, Weta Workshop, Park Road Post [Production, a motion picture post-production facility] -- all those companies related to Peter Jackson's films. International investors and clients come here because they realize we have the people here with that story-telling capacity," Manins said.

New Zealand's small size is an obstacle. "New Zealand does not yet have enough of a critical mass, where there's enough entrepreneurs, talent and investors. We are still building it up," Ayele said. "But to me, it's just a matter of time."