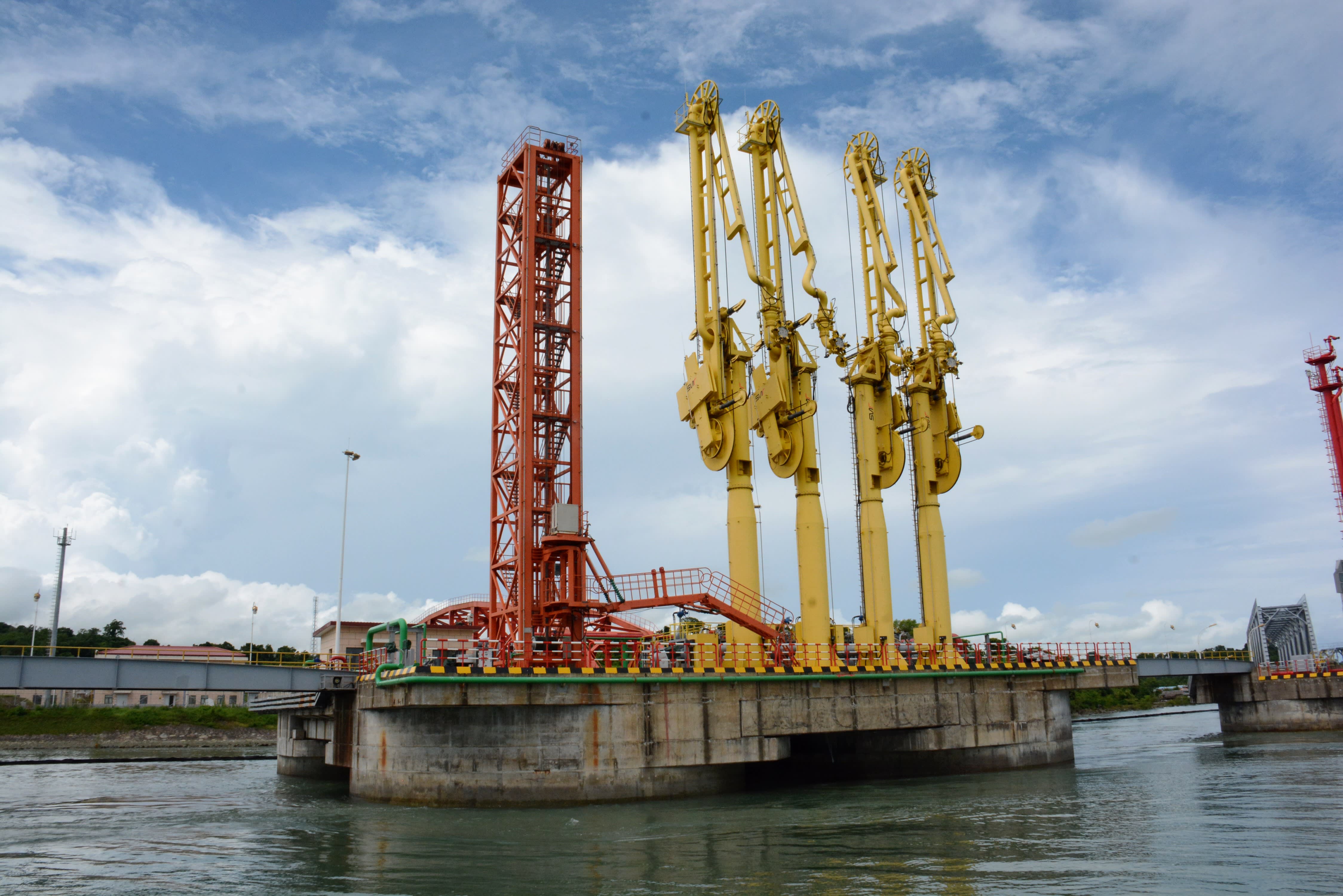 Nearly two years ago, Myanmar chose a Chinese consortium led by state-run Citic to develop a $10 billion port and industrial park that could turn into the country's largest foreign investment.

Moreover, the two sides have to take into account Kyaukpyu's location on the west coast of Rakhine State, and the mass exodus of more than 700,000 Muslim Rohingya refugees from that state since October 2016. Although the troubled area is far north of Kyaukpyu, the refugee crisis and reports of military brutality have provoked an international outcry.

It was only in early October, two years after announcing the original deal, that China and Myanmar reached an agreement over ownership of the deep-sea port, the project's key element. The long process and the lack of other concrete developments suggest underlying disagreements.

China has a clear interest in a new deep-sea port that would be linked overland to its poor southwestern regions as well as give it a strategic outpost on the Indian Ocean. 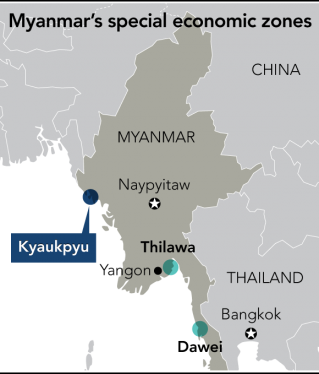 Kyaukpyu is one of three large special economic zones launched by the former Thein Sein government. Only one, the Thilawa SEZ led by Japan, near Yangon, has been realized. Another long-planned SEZ led by Thailand, in the southern coastal area of Dawei, is moving at a glacial pace.

At Kyaukpyu, Citic would follow a design, build, finance, operate and transfer business model. Under the original agreement, the consortium would operate the project for 50 years, with a potential extension of another 25 years.

But the Kyaukpyu SEZ has been criticized as one of various last-minute deals that the Thein Sein government hastily concluded shortly before the end of its five-year term. Critics have asked whether the deal was approved in haste to appease China with little public debate. It is clear from local media reports that concerns persist over Kyaukpyu among the National League for Democracy government, which succeeded Thein Sein, as well as among the military and the public. For example, Oo Maung, vice chair of the government-led committee on the project, expressed disagreement over the proposed funding split between China and Myanmar.

DEBT TRAP? Another key issue is whether the Kyaukpyu SEZ will deepen Myanmar's growing public debt. If Myanmar is unable to provide the financing, as many fear, it will most likely seek Chinese loans.

The Chinese government and companies have established a pattern of providing concessional credits to foreign countries to pay for their stakes in Chinese-led infrastructure projects, including those under Beijing's Belt and Road Initiative. For example, Laos has borrowed $2.1 billion from the Chinese Export-Import Bank to finance a 30% stake in a Sino-Lao railway. The startup capital of $630 million that Laos borrowed from China amounted to 5% of the country's annual gross domestic product in 2015.

The total investment required for the Kyaukpyu deep-sea port component is reportedly estimated at $7.3 billion. After much negotiation, Citic has settled for a 70% stake in the port. This would entail a $2.2 billion contribution from Myanmar for its 30% share. Assuming that Myanmar and China are pursuing a 50/50 joint venture in the $2.7 billion industrial park at the site, the total amount of investment Myanmar needs for its stakes in the port and the park would be around $3.5 billion, or 5% of GDP.

Whether this represents a prohibitively high level of debt for Myanmar is a key question for Naypyitaw. But the bigger issue is whether the project should be downsized to meet the needs of Myanmar rather than those of China. The heart of the matter lies in the gap between China's overwhelming ambition and vast scale, and Myanmar's more moderate aspirations and limited capacity.

The arrangement involvong the deep-sea port could also ring alarm bells with critics worried about security. They are concerned that China could turn Kyaukpyu into a naval facility or a dual-use facility on the Bay of Bengal, as part of its expanding Indian Ocean strategy.

Myanmar's military is hypersensitive about security. The 2008 constitution bans the deployment of "foreign troops ... in the territory of the Union."

China's track record in the Indian Ocean on dual-use ports is hardly exemplary. Regional security experts widely believe that the port of Gwadar in Pakistan, developed with Chinese support, has already offered military services to China's People's Liberation Army. In Sri Lanka, China has been banned from using for military purposes the Hambantota Port, in which Beijing owns a 70% stake.

WHO BENEFITS? It is no secret that Beijing sees Kyaukpyu as part of a transport route, with potential strategic benefits for China's Indian Ocean strategy. It could also stimulate the growth of China's underdeveloped interior provinces, including Yunnan, Guangxi and Guizhou, and generate business opportunities for Chinese companies including, of course, Citic. 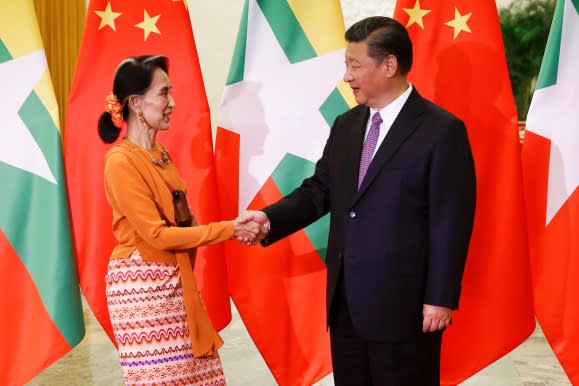 China paints a glorious future for Kyaukpyu in which it provides key benefits to Myanmar, including jobs, transport improvements, trade, tax revenue and local education programs. China promises more than 100,000 jobs when the SEZ begins operation, with 90% of management posts going to locals within the first 10 years.

But without creating industrial capacity, Kyaukpyu could be merely a transshipment port for Chinese goods rather than a real regional growth center.

Despite such concerns, Kyaukpyu could represent a good economic opportunity for Myanmar. The fact that China's investments are invariably based on its own national interests does not mean that Myanmar should inevitably lose out. But winning requires sophisticated political and economic thinking.

The long delay over the start of actual development suggests that Myanmar has some doubts. It has a right to hesitate. Both China and Myanmar would benefit from open and honest discussion of the concerns involved and from the timely resolution of those concerns.

Yun Sun is a senior associate at the Washington-based Stimson Center and a nonresident fellow at the Brookings Institution. This article is based on a paper on Chinese mega-infrastructure projects in Southeast Asia, published by the Asan Forum.