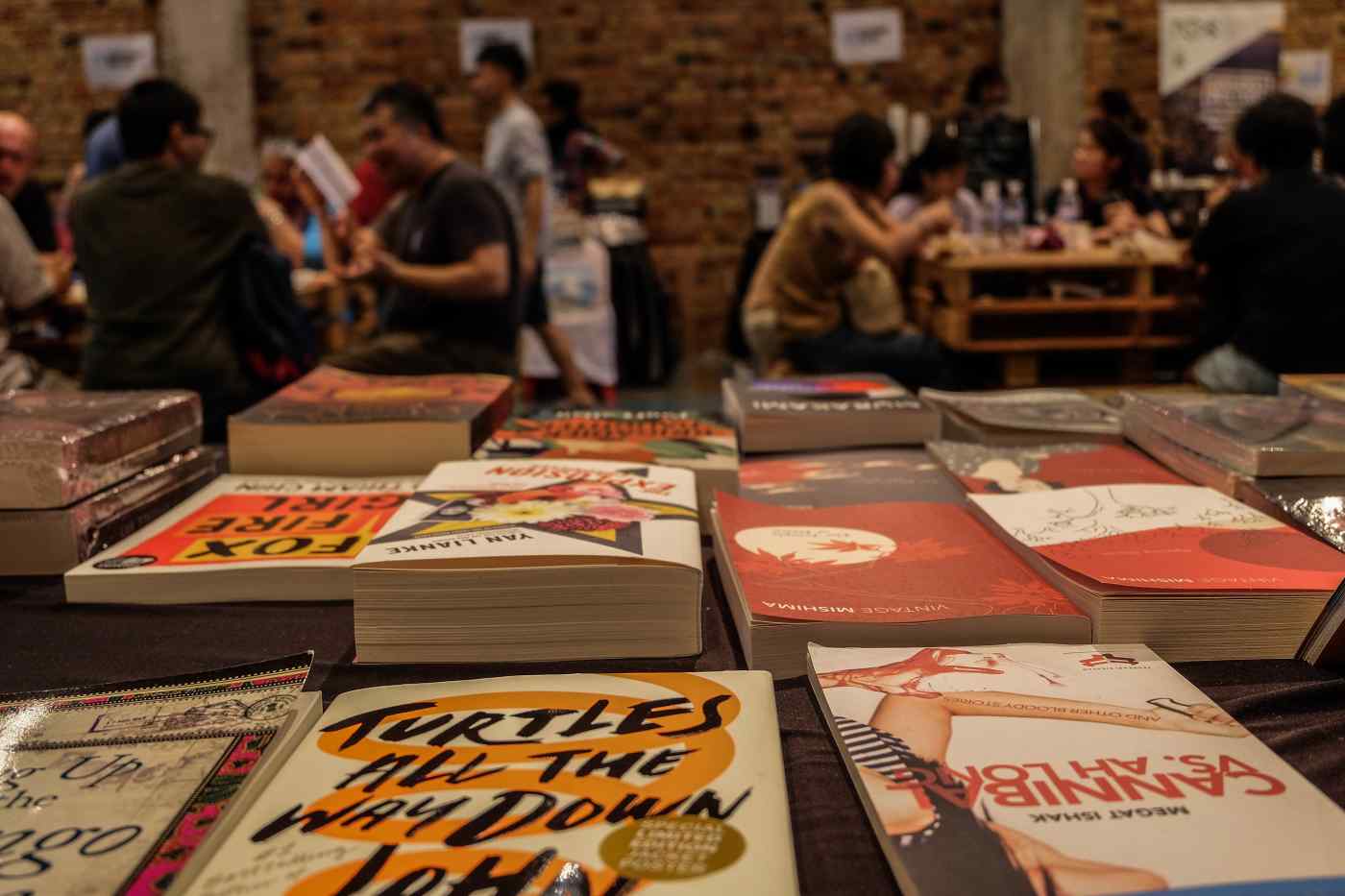 PENANG, Malaysia In a beautifully refurbished colonial building next to George Town's coastal thoroughfare, a tight-knit yet diverse crowd is hungry for answers. A microphone is passed around, and people rock nervously in their chairs as they wait to throw questions at a row of international authors and editors, who are animated after a heated discussion. Above their heads, the word "monsters" poses a question: Are writers really monsters in the age of fear and globalization?

"This year's George Town Literary Festival's theme -- 'Monsters and (Im)mortals' -- could not be more timely," said Gareth Richards, owner of Gerakbudaya Bookshop Penang and Impress Creative & Editorial, and one of the festival's co-curators. The other is translator Pauline Fan.

"We live in what Junot Diaz calls a 'dystopian age' or Pankaj Mishra terms an 'age of anger,'" said Richards, referring to authors from the U.S. and the U.K. "Writers need to address these realities in their work and in their 'civic labor' if we are to imagine and realize a better world."

From its humble start in 2011, when it hosted only five writers, the annual George Town festival has grown into one of Southeast Asia's most important literary events, attracting an audience of around 4,500 this year -- its highest ever. Each year, the festival gathers a mixed crew of about 50 Asian and Western authors, poets, academics and critics for three days of panels, book launches and writing workshops.

"One lesson from the past -- and this has been highlighted in the shortcomings of other festivals -- is the importance of preparation and good-quality moderation. A bad moderator can kill a conversation. So a lot of thought goes into choosing an experienced and engaged team, and to [beginning] conversations in advance of the festival itself," said Richards, who moderated panels ranging from the return of print magazines in Asia to constructing futuristic literary utopia.

WIDE FOCUS Among the debates and book launches -- primarily by Malaysian authors -- Monsters and (Im)mortals presented panels on the literary translation of Asian writers. "The notion of translation should never only be a one-way street, from an Asian language into English. I believe strongly it should be a crosscutting process that includes, for instance, from English into Asian languages and, crucially, between Asian languages," said Richards.

One of the festival's up-and-coming stars was Malaysia-born and London-based scientist-turned-novelist Felicia Yap, whose debut thriller "Yesterday," published in the U.K. by the Hachette Book Group, was acclaimed by The Guardian newspaper as "an intriguing, philosophical page-turner." The book is to be translated into several languages, including Malay.

There was also a discussion of the revival of Asia-focused print media, a decade after the closure of magazines such as Asiaweek and the Far Eastern Economic Review. The session featured Minh Bui Jones, a former editor of The Diplomat who is now publisher of the Southeast Asian-focused literary magazine Mekong Review; Gwen Robinson, chief editor of the Nikkei Asian Review; and Michael Vatikiotis, a former editor of FEER, who also launched his latest book, "Blood and Silk: Power and Conflict in Modern Southeast Asia," during the festival. 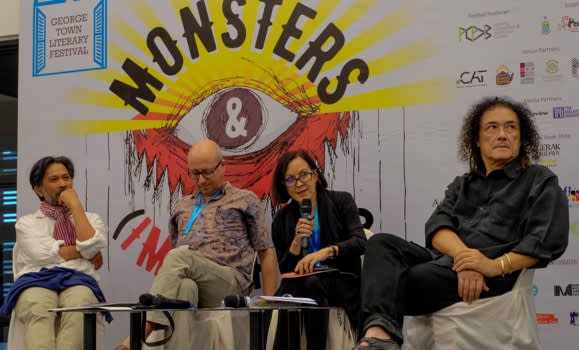 Jones said he was "saddened by the demise of those important Asia-focused magazines [FEER and Asiaweek] because they left a big void in the intellectual life of many. I, like many other readers, wanted to see something replacing those publications." Jones launched the Mekong Review at the Kampot Readers & Writers Festival in Cambodia in 2015, bringing together freelance journalists he had met while living in Phnom Penh. The literary-focused tabloid originally covered the five main Mekong nations -- Thailand, Vietnam, Myanmar, Cambodia and Laos -- but has expanded to include other parts of Southeast Asia and North Asia.

In a solo session, literary agent Kelly Falconer, founder of Hong Kong-based Asia Literary Agency, which represents writers from Asia and foreign authors focusing on Asia, outlined the practical realities of a literary agent's work. "I try to convince publishers that they should take a risk signing those Asian authors who may not be well known in the West yet but already have a good following in Asia," Falconer said.

"The Southeast Asian literary scene is particularly untouched compared to that of South and Northeast Asia, but there's a lot of very exciting work in the region, and publishers are starting to take note," she added. Leading writers in this category include the Indonesian authors Eka Kurniawan -- whose work was translated into English by the late Benedict Anderson, a prominent political scientist, author and champion of Southeast Asian literature -- and Andrea Hirata, whose novel "Laskar Pelangi" ("The Rainbow Troops"), shattered Indonesian publishing records by selling 5 million copies. The novel has just been translated into English.

FOR THE PEOPLE The festival's distinctive features include free events, which attract both hardcore literary fans and curious passers-by. "We have a very modest budget from the Penang State government, and we have to stretch every single cent," said Kuala Lumpur-based author and poet Bernice Chauly, the festival's director.

The festival's smooth operations are the result of careful planning and the joint efforts of a larger team. "During my first five editions -- as I skipped curating one to attend a writing residency in Iowa -- I was effectively the programmer, curator, inviter of writers/poets/moderators, all-round content creator, and provider for the entire festival," Chauly said.

"This year, I finally had a real curatorial and production team," she added. "The creation of the blueprint of the festival program is a grueling and arduous task. It takes eight endless months of thinking, planning, working with the theme, and then coming up with interesting panel discussions and conversations around it."

The festival "is the best version of what I think a literary festival should be," said Chauly. "I have participated as a writer in many festivals all over the world, and I believe I now know what works best." However, the festival's growth depends on funding. "If we had a bigger budget, we would certainly be able to improve upon certain aspects," said Chauly, "but we have to work with what we have, and that's good enough for now."