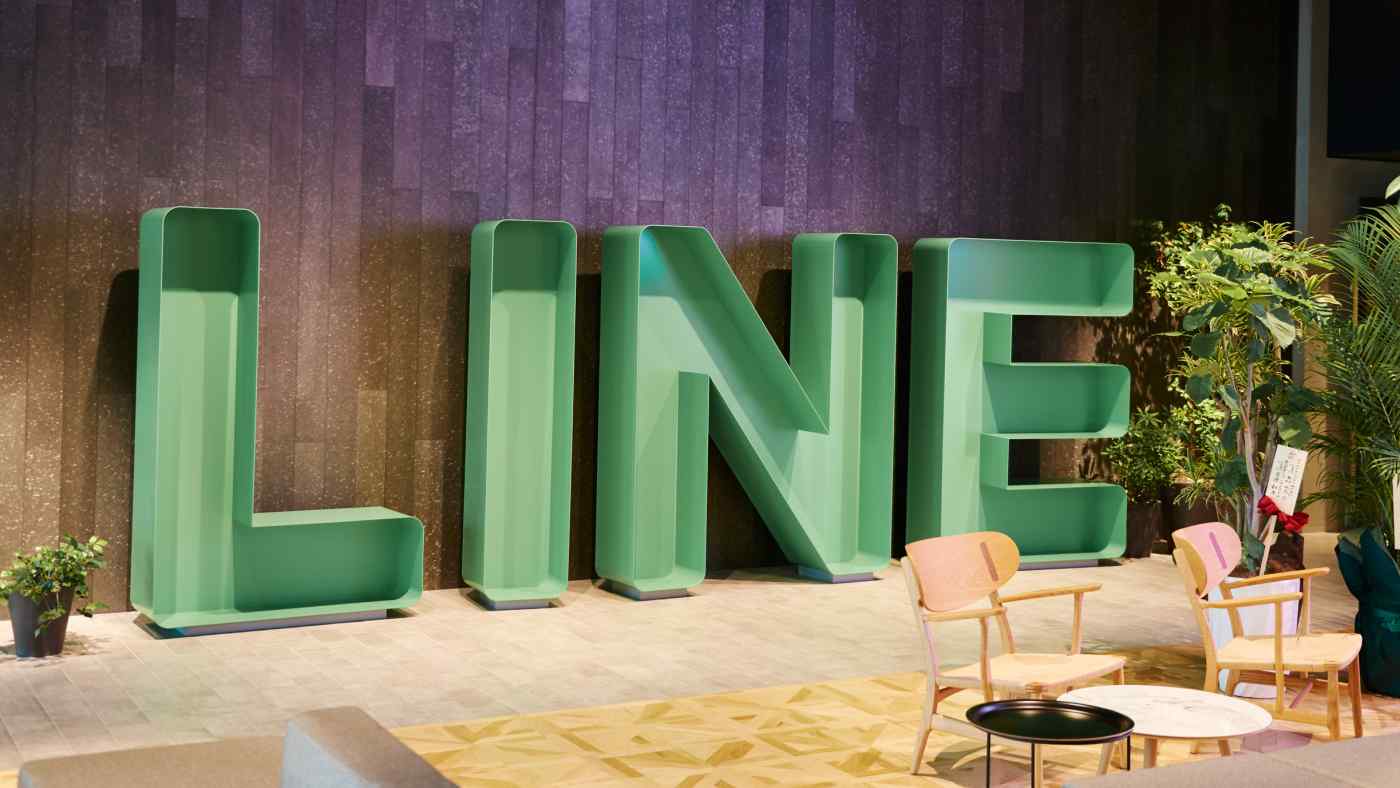 The company logo in the lobby of its Tokyo offices
Kenji HallJanuary 25, 2018 10:00 JST | Japan
CopyCopied

TOKYO One of the first things you notice in the Tokyo offices of Japanese online messaging service Line is a giant brown cartoon bear sitting in the far corner. Scattered throughout the meeting rooms and hallways are other human-sized cartoon figures: a pallid guy with yellow hair; a rabbit; an all-white androgynous character; a yellow chick. These are among the cast of characters that have made Line a household name in Japan and across Asia. The company's app for smartphones launched in the summer of 2011, just three months after a massive earthquake and tsunami pummeled Japan's northeastern seaboard. The disaster had disrupted lives, businesses and communications, and the free messaging app, which is owned by South Korean internet giant Naver, created a means of reaching loved ones when phone lines were still down.