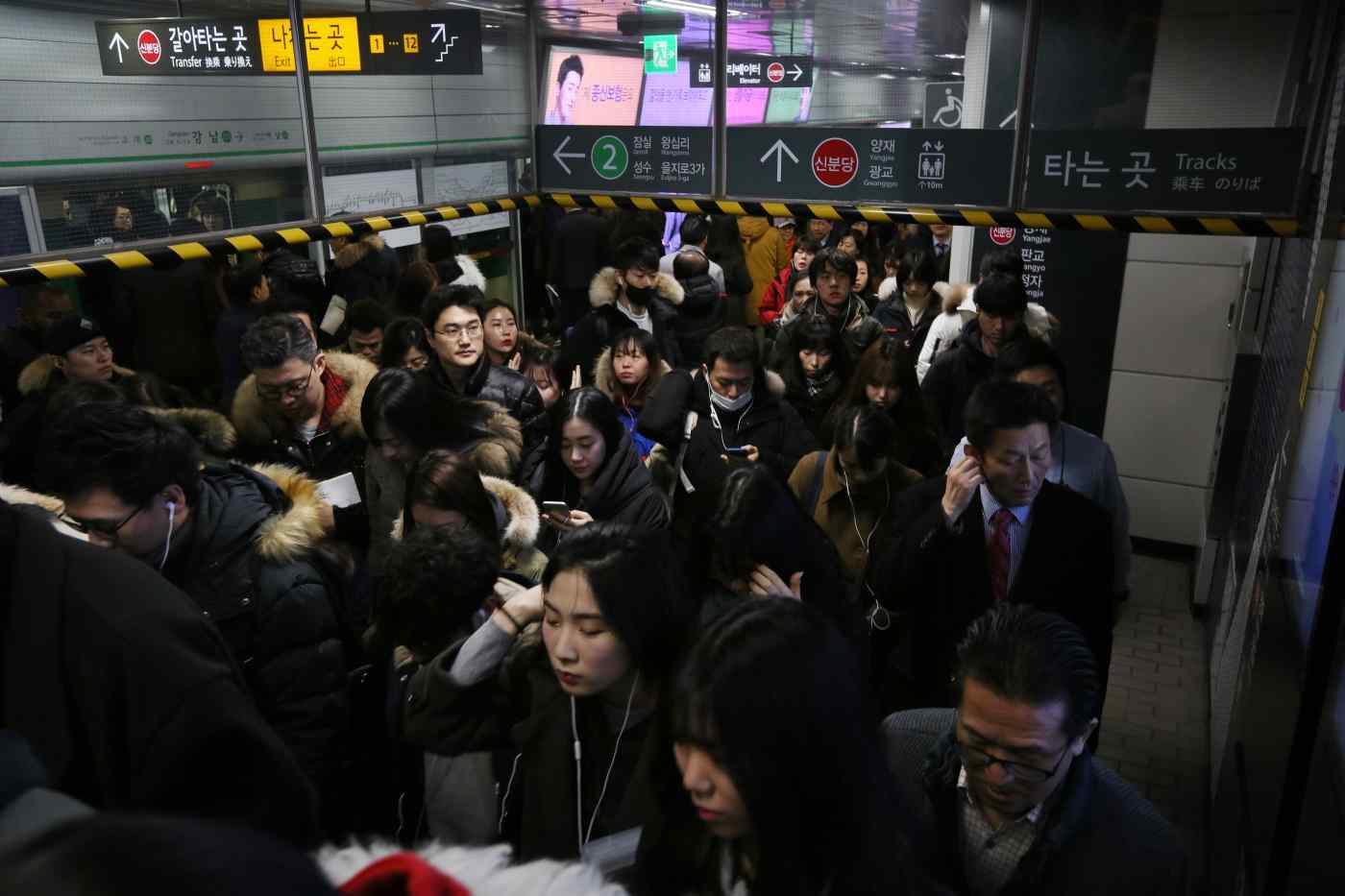 SEOUL Chung, 38, quit her job last year as a senior nurse at a Seoul hospital where she had worked for eight years. She now has a nursing job at a U.S. military hospital in Pyeongtaek, some 70km south of the capital. Though she makes only about two-thirds as much as she used to, Chung, who wished to be identified only by her last name, said she has no regrets.

"When I worked for the hospital in Seoul, I was given extra tasks after completing my eight-hour shift. I used to put in 12-hour days and had to come to the office on weekends to finish my work."

Chung said the extreme stress she felt made her quick to anger. When the stress finally became too much, she left. At her new job, she said, everybody leaves work as soon as their shift is over. "I'm happy that I don't have to bring my work home with me."

ALWAYS ON CALL Her story is all too common in South Korea. Take the Woori Bank director who's at his desk by 6 a.m. and doesn't leave until 10 p.m., or the Samsung executive who brings his cellphone with him to the shower so as not to miss a call from his boss.

According to data from the Organization for Economic Cooperation and Development, South Koreans worked an average of 2,113 hours in 2015, the second highest among the 35 member countries. In Japan, by comparison, the average was a far smaller 1,719 hours, while the OECD average was 1,766 hours.

Why are South Koreans working so much longer than nearly everyone else? The first, she said, is that workers do not have a voice. "Companies usually have too much power," Wie said. "Contract workers can't demand anything of their employers."

Another reason is a wage structure that makes workers vulnerable to long hours. Pay is so low, said Wie, "the only way they can earn more is by doing overtime. Many of them are contract workers."

According to the Ministry of Employment and Labor, the average contract employee worked 9.6 hours of overtime per month in 2015, compared with 7.6 hours for salaried workers.

The third reason, according to Wie, is an office culture where senior employees see marathon workdays as a given. In such an environment, junior colleagues feel pressure to stay in the office longer.

Chung, the nurse, sees cultural differences at play. "In the Korean hospital, I worked like a machine," she said. "But in the U.S. hospital, I can change my hours or shifts by talking with my colleagues. I think that's because of a difference in the cultures, not something specific to the workplace."

"We should change our old habit of overtime," the professor said. "It is time to let young employees express their creativity in open and free workplaces." Scholars say long working hours translate into higher incidences of accidents and injuries in the workplace. They also have broader negative implications for society at large.

South Korea's fertility rate was 1.2 births per woman in 2014, the lowest in the OECD, whose members averaged 1.7, and slightly below Japan's 1.4. Lee, the economics professor, said poor communication within South Korean companies is partly to blame for the long hours. "Many employees spend time just waiting for their bosses to sign something for them," Lee said. "If they can cut out such steps, or speed up the process, I'm sure they would be able to go home earlier."

SHORT AND SWEET There are signs of change, however. For example, Bori Publishing, a children's book publisher in Paju, north of Seoul, adopted six-hour workdays in 2012 so employees could have more free time.

"Six-hour days are great. I have more 'me' time, and it's easier to visit government offices and clinics when I need to," said Kim Nuri, an editor who has been at Bori since 2010. "It also means we can avoid rush hour and spend more time with our children. Some employees are learning foreign languages after work."

The company freed up the time by cutting out its afternoon tea break and unnecessary meetings. Bori officials say both management and employees are happy with the system.