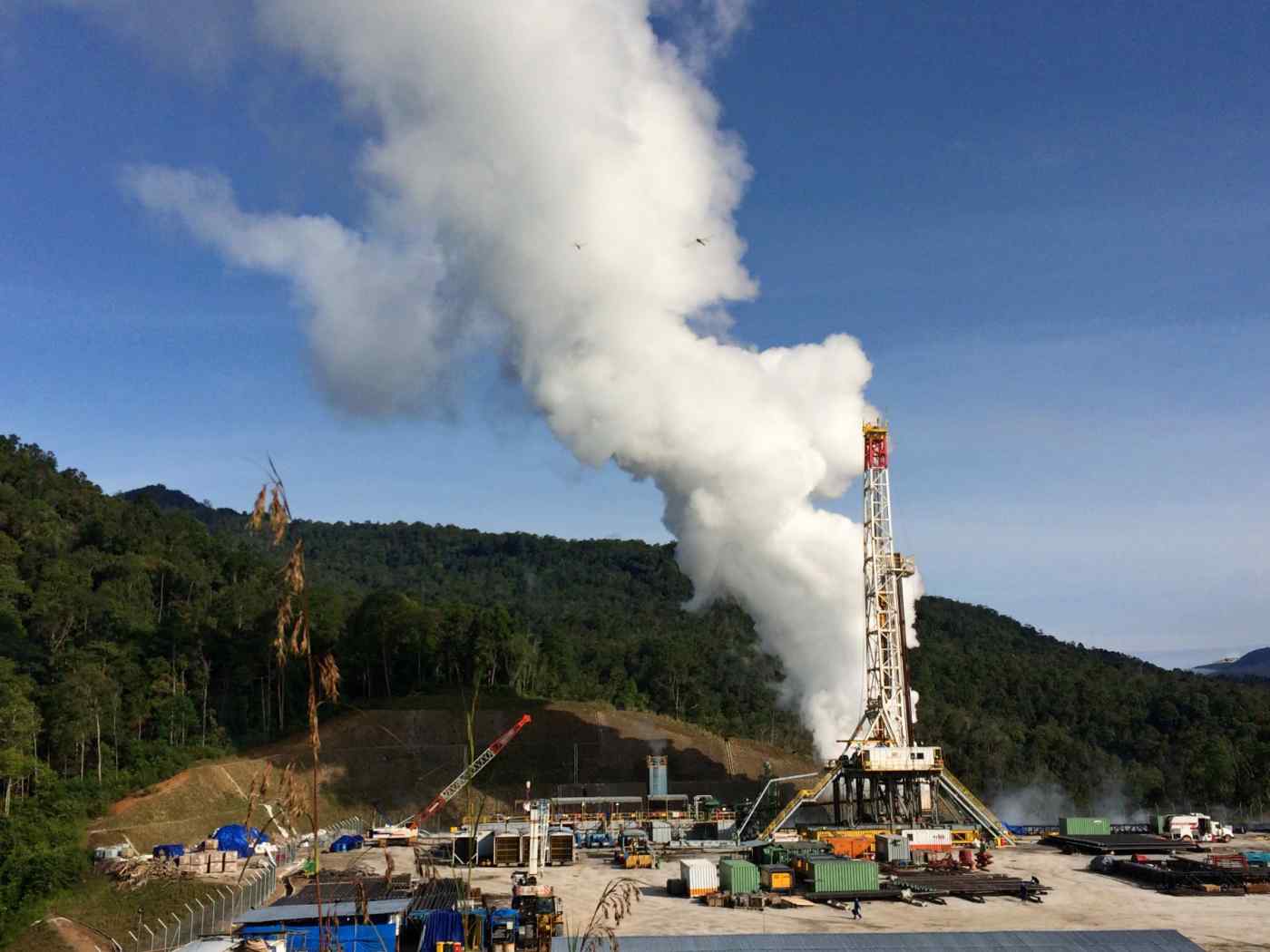 TOKYO Fifty years ago, Japan's first geothermal power plant went online. Now with the world hungrier than ever for renewable energy, the country's decades of experience in the field is presenting a big export opportunity.

This is one reason Japanese companies find themselves in the middle of a rainforest in the Indonesian province of North Sumatra, about an eight-hour drive from the provincial capital of Medan.

They are developing a plant that, once completed, will be the world's largest single geothermal power station. Altogether, the three facilities at the Sarulla plant will be able to generate 320,000kW of electricity. The No. 1 unit is already steaming ahead of its official launch by the end of the year.

The project will cost more than $1.6 billion. Trading house Itochu and Kyushu Electric Power each have a 25% stake in the special purpose company responsible for the plant's construction, maintenance and operation. Inpex, an oil and gas developer, has 18%, and the rest is owned by Medco Power Indonesia, a major resource company, and other parties.

The turbines at the heart of the power units are made by Toshiba, the Japanese electronics maker. Alongside Mitsubishi Hitachi Power Systems, Toshiba is the world's top supplier of geothermal turbines, controlling 22% of the market.

Japan's first commercial geothermal plant is in a sulfurous hot spring area deep in the mountains. About 800 to 1,600 meters below the plant's impressive 46-meter cooling tower sits a steam pool where groundwater is heated by magma. Steam from the pool drives the turbines, which generate electricity.

The station was originally built by Japan Metals & Chemicals. The company began studying the area in 1956 with the help of the Agency of Industrial Science and Technology, now the National Institute of Advanced Industrial Science and Technology. The project suffered a series of problems, a company official said. For instance, the rock dust that accompanied the steam sometimes broke the turbines. Toshiba supplied the turbines, which began turning in October 1966 -- 10 years after the project began. The station's initial output capacity was 9,500kW, about 40% of today's 23,500kW.

In the 1980s and 1990s, development spread in northeastern Japan and on the southern island of Kyushu -- two areas with vast geothermal resources. Japan now has 14 geothermal power stations.

With Japan nodding to nuclear, the geothermal industry shifted overseas.

TRIPLE MELTDOWN The tide changed after the March 2011 earthquake that devastated northeastern Japan and the subsequent tsunami that crippled the Fukushima Daiichi nuclear plant. Following the triple meltdown, Japan shut off all of its nuclear power stations.

Japan has the world's third-largest geothermal "reservoir." To make the most of the pool's potential, the government in 2012 loosened regulations to make it easier to build geothermal plants.

Though eclipsed by the solar industry after the feed-in tariff system kicked in, geothermal is gradually gaining ground.

The Agency for Natural Resources and Energy estimates that in 2030, domestic geothermal power output capacity will reach 1.4 million kW, almost triple the amount today. Although that will amount to a mere 1% of the power produced in the country -- up from the current 0.3% -- it will be a meaningful step forward.

Hopes are growing for Japanese companies to tap not only Southeast Asia but also Latin America. Japanese players are also helping Africa exploit its geothermal resources.