Hello everyone. This is Akito from Singapore.

With the school holiday starting soon here, many Singaporeans are preparing for overseas trips. Many of my local friends are heading for Japan after the Japanese government finally lifted most of its COVID-19 travel curbs. This is a great time for international travelers to visit my home country -- the historic depreciation of the yen means shopping in the country will be a bargain! The weaker currency has already sparked a boom in Japan's cross-border e-commerce trade.

Unfortunately for me, most of my savings are in yen, but I will also be making a trip to Tokyo soon, for the first time in about a year and a half. The harrowing experience of arriving in Singapore amid the pandemic and being isolated in a hotel room for two weeks feels like a long time ago.

As many countries adapt to a post-pandemic normal, the turmoil associated with China's zero-COVID policy looks set to continue - with worrying implications for the global tech industry.

Key Apple supplier Foxconn has been grappling with disruption at its most important iPhone plant after authorities imposed curbs to fight an outbreak in Zhengzhou, Henan province, write Nikkei Asia's Cheng Ting-Fang and Cissy Zhou.

The disruption came in different forms. Sources briefed on the matter said some workers were unable to leave their dormitories to work on production lines due to the government-imposed restrictions. Other workers fled the site to avoid being caught up in the curbs.

This is a critical time of year for Foxconn and other consumer electronics makers, whose factories are normally operating full-swing to meet holiday shopping demand.

The Taiwanese company said it will "mitigate the impacts on production by primarily asking other production sites to work out backup plans." It is also offering hefty bonuses to workers who remain at the site and keep up their attendance.

It has been a tough few years for Indian gamers, writes the Financial Times' Benjamin Parkin. With the arrival of cheap data and smartphones from 2016, a generation of Indians got hooked on mobile games like Tencent's PlayerUnknown's Battlegrounds, a "battle royale" shooter in which online players fight to the virtual death.

But games like these have been at the forefront of New Delhi's crackdown on Chinese tech following a deadly border clash between Indian and Chinese troops in 2020.

In addition to banning PUBG, authorities have barred two more wildly popular battle royale games: Free Fire from Singapore's Sea and Battlegrounds Mobile India, a relaunched version of PUBG published by South Korea's Krafton. Though neither company is Chinese, Tencent is an investor in both.

Now fledgling Indian studios are stepping in with their own shooter games to try and fill the void. Upcoming games such as Indus, from foreign venture capital-backed SuperGaming, draw heavily on Indian culture and history to create narratives they hope will resonate with local audiences.

But gaming executives fear India's heavy handed approach, banning popular games suddenly and without explanation, is scaring away foreign publishers and investors. "They don't know whether their game might get banned," said one. 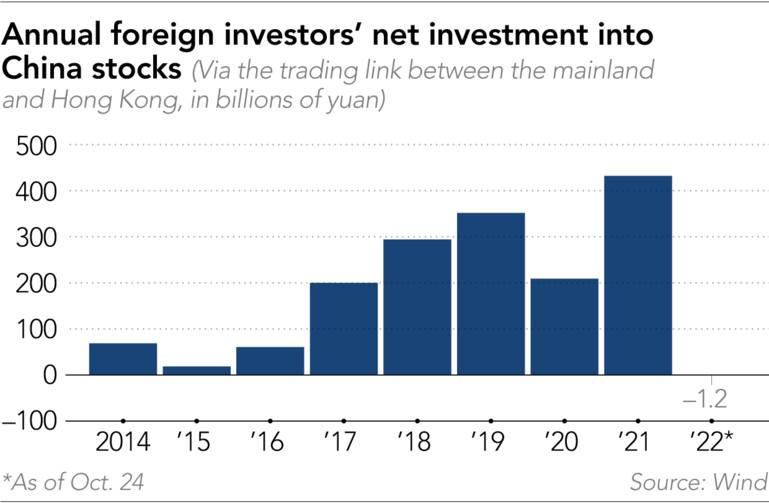 China's tech stocks have been under pressure since late 2020, when regulators began to apply more scrutiny to the sector and derailed plans for a mega IPO by Ant Group, Alibaba's fintech affiliate. With Xi tightening his grip on power and seeming to prioritize loyalty and ideology over the economy and growth, investors are still waiting for signs of when the beaten-down sector might recover.

A challenge to Tesla

A little over half a year after Sony Group and Honda Motor announced their cross-industry partnership on producing electric vehicles, the president of the joint venture told Nikkei that they plan to launch not one but multiple EVs, Nikkei staff writers Keiichi Furukawa and Shizuka Tanabe write.

The EVs will be produced at Honda's facilities in North America, with deliveries to start in the spring of 2026. President and Chief Operating Officer Izumi Kawanishi did not give a price range or other specifics about the models but hinted that the aim is to take on high-end offerings from the likes of Tesla and Porsche.

"We will start with a model that incorporates cutting-edge technologies and could become a high-value-added flagship for us," he said.

And with competition set to grow in the already crowded EV market, Kawanishi said the company will also consider producing cheaper models down the road.